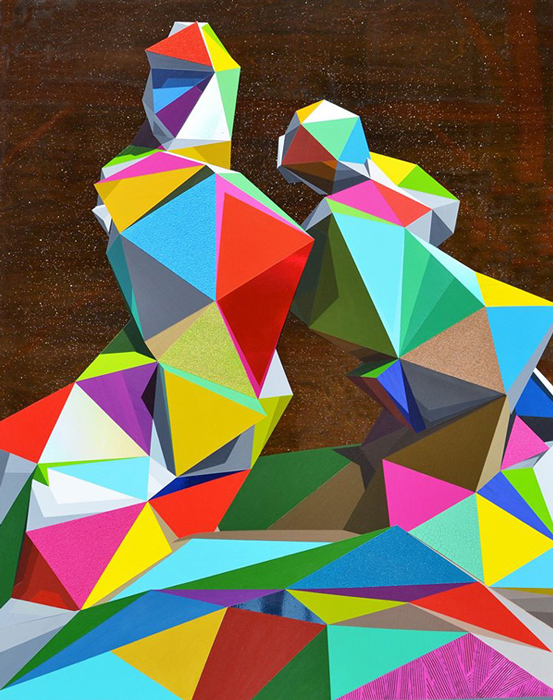 Travis Rice is an artist currently residing in Phoenix, AZ where he teaches within the fine arts department at Phoenix College. Originally from Elkhart, IN, he initially studied design at Ball State University and earned a Bachelor of Landscape Architecture in 1991. In 2017, he earned his MFA in drawing and painting from Arizona State University’s Herberger Institute for Design and the Arts. Influenced by his background in architecture, his work incorporates 3D modeling to create complex hard edge compositions that give an illusion of space through both form and materiality. He often renders his compositions using vivid color or what he describes as gloriously gaudy hues often borrowed from early screen savers and primitive paint software. His interests lie in creating a language of image making that speaks to our current digital era, but roots itself in a historical context through analog translation. 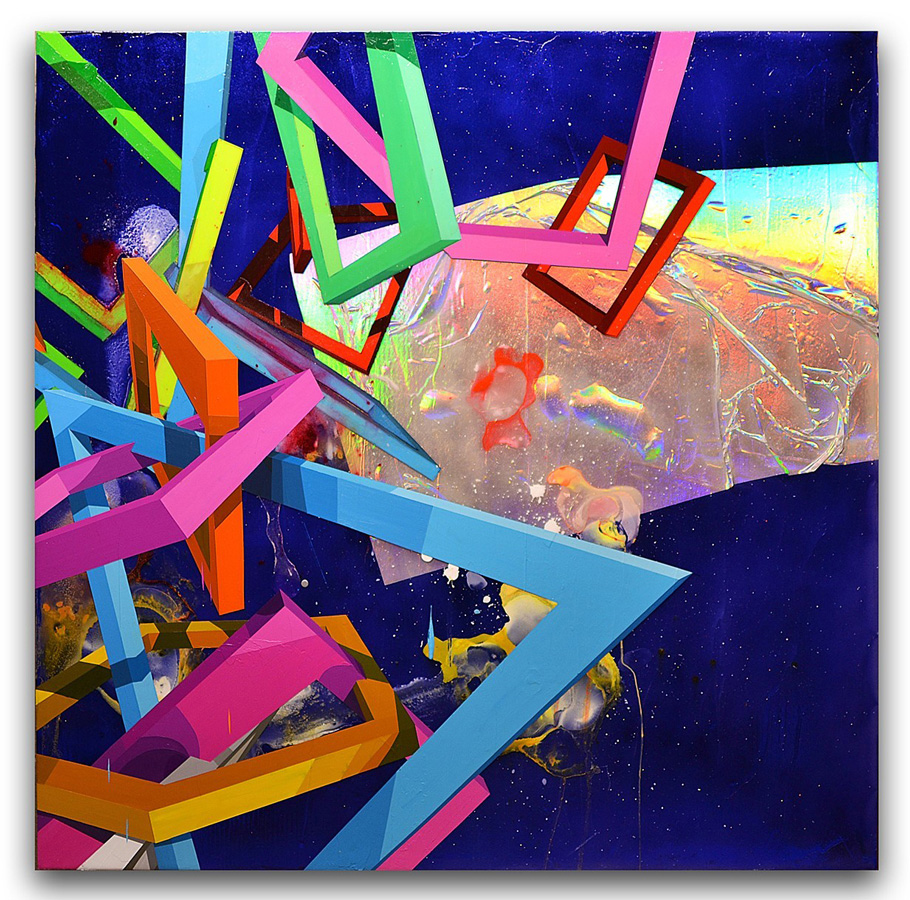 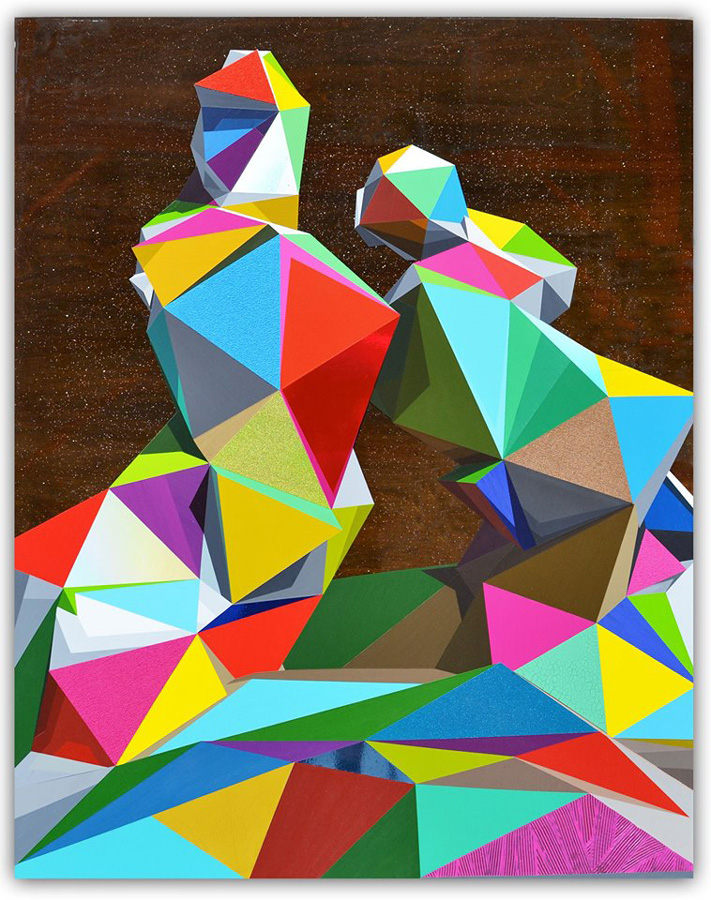 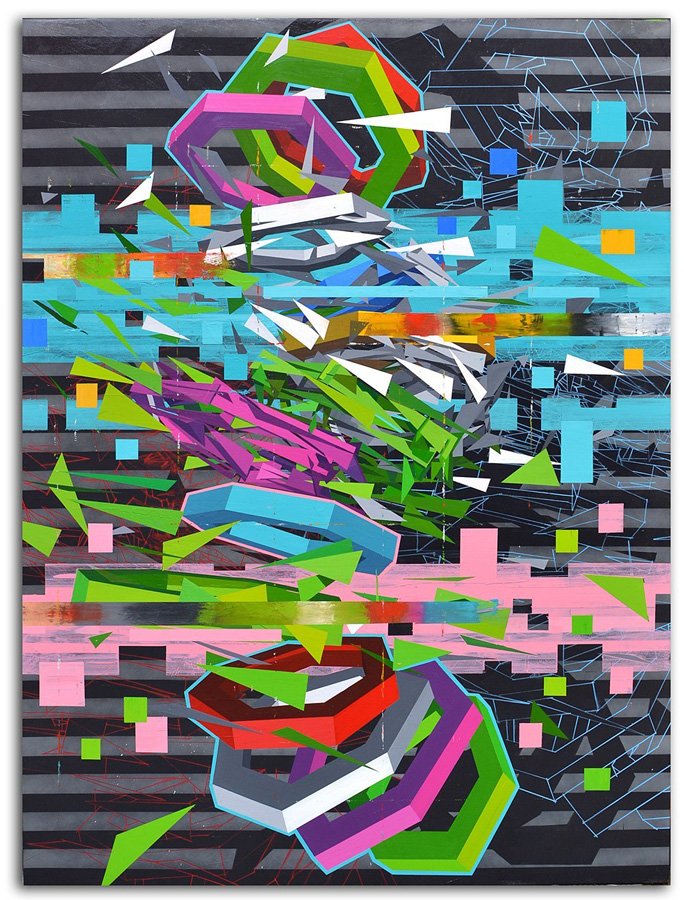 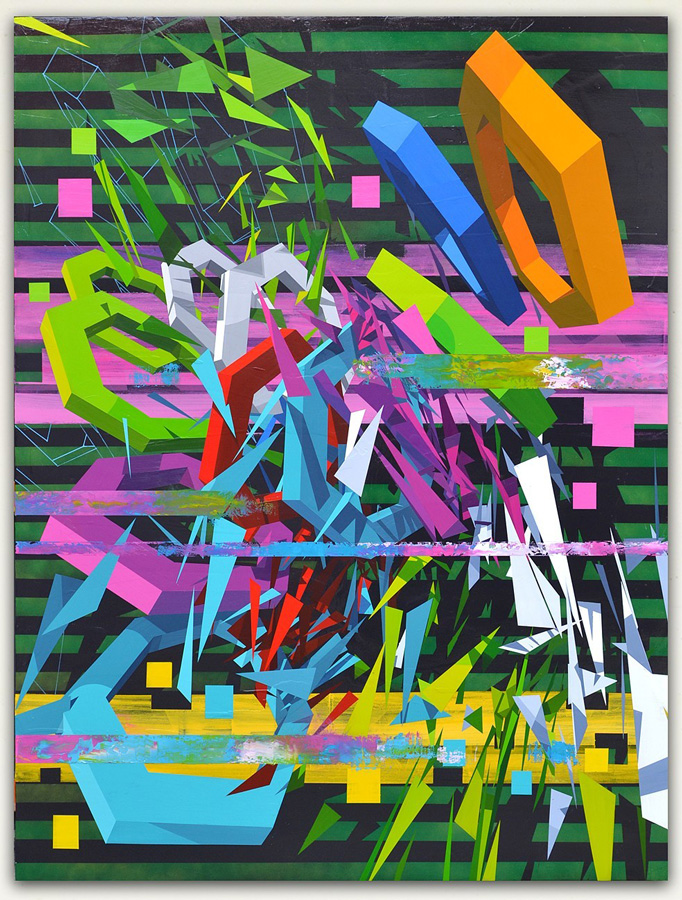 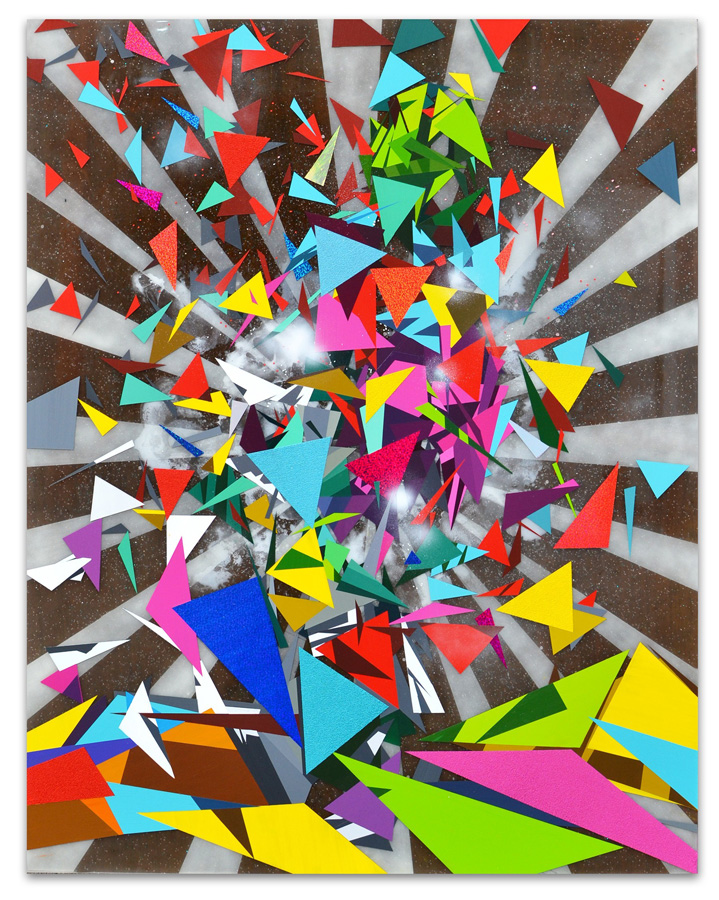 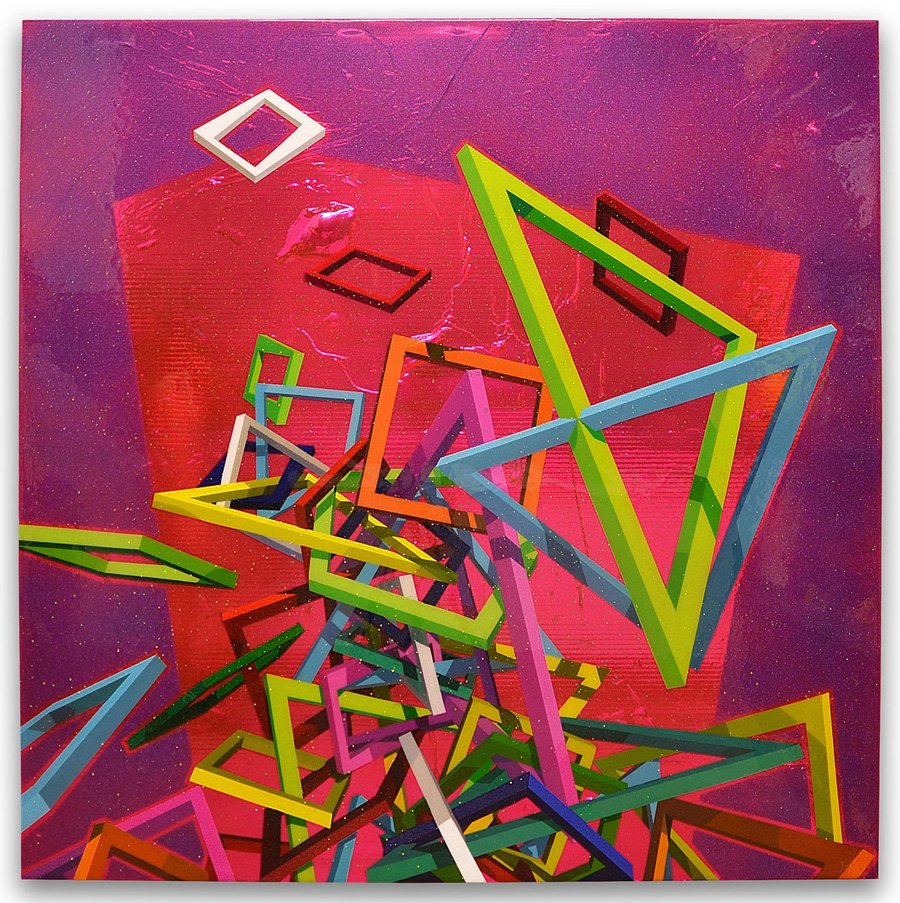 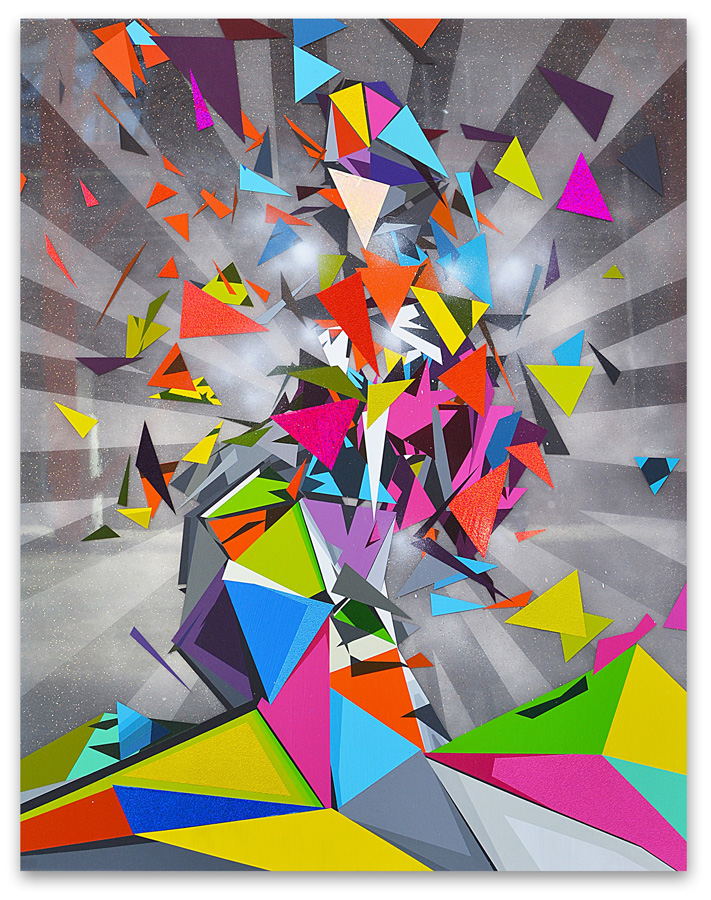