Kicking Abstract & Taking Names, curated by Conn Ryder, is an exhibit that showcases the work of a hand-picked group of female painters from the U.S. and abroad who actively honor and advance the abstract movement still popular in the contemporary art market. These women have forged ahead in a competitive environment through the strength of their paintings, which give voice to the individual interpretations of their uniquely feminine experiences, explorations, and perceptions.

Conn Ryder’s paintings are a personal exploration through which she seeks to convey her emotional essence to an observable platform by way of a painter’s lexicon. She views her process as an exchange of sorts in which she searches for that moment of sensing synchronicity between her feelings and what is revealed to her on the canvas. Conn Ryder’s formal art education includes fashion illustration at the Art Institute of Fort Lauderdale and painting at the Kansas City Art Institute. Her abstract paintings have been included in regional, national and international juried exhibits, and she has been featured in Acrylic Artist Magazine. Ryder’s work has been presented in multiple solo and invitational group exhibitions, including the prestigious Colorado Women in Abstraction exhibition at the Center for Visual Art in Denver, Colorado. Her work is also held in many private and corporate collections, including the Gaylord Rockies Hotel, in Aurora, CO and MercyOne Medical Center, Des Moines, IA.

Dana James’ paintings combine an exquisite sense of touch with multiple mediums and textures created by processes of pouring and mark making. Pushing the boundaries between abstraction and representation, she draws on wide-ranging themes, all the while referencing the great American tradition of Color Field Painting, creating a fresh language all her own. James has exhibited extensively since graduating from the School of Visual Arts in 2008. Her work can be found in private and public collections including the ISLIP Museum of Art; SIA in Cape Town, South Africa; and the Collection of Lion Tree Capital, in New York. She has been featured in publications such as New York Magazine, Art Critical, ArtSpace and Hyperallergic.

Alayne Spafford’s search for balance is fundamental in her art. The challenge in her work is to reconcile a natural tendency to organize and polish, with a strong desire to reject those principles in favor of chaos and disorder. Evidence of this can be seen in both the process and finished work. Spafford received a Bachelor of Fine Arts with honors from the University of Saskatchewan. After studying textiles at Concordia University and the Centre de Metier d’Art en Construction Textile in Montreal, she worked in the costume department of Cirque du Soleil. Now residing in Edmonton, Alberta, Alayne focuses full time on painting. In 2013, Spafford collaborated to form Burn Design Collective, an art technique created with shou-sugi-ban (burnt cedar). Her work is represented in galleries and private collections worldwide.

Johanne Brouillette is a French-Canadian abstract artist. She studied and painted figurative landscapes in oil for many years but chose not to exhibit or sell these works. After attending an abstract workshop in 2016, she immediately found her new passion. Inspired by Québec Automatistes painters, such as Riopelle, Borduas, and Ferron, she has developed her own distinctive style. She is a jury-elected member of the Society of Canadian Artists, the Federation of Canadian Artists, and Mondial Art Academia, in France. Her work has appeared in the Art Edit section of House & Garden Magazine (UK), and was featured in Spotlight Contemporary Art Magazine (France).  She was also named by Contempo Annual as one of the best emerging abstract artists of 2019. Her artworks are to be published in their inaugural book in December of this year.

Margaret Holman Fitzgerald was born in London, England. She grew up in Japan and the United States, where she studied fine art and art history in New York City at the School of Visual Arts and the Art Students League. She also studied at the Instituto Allende in San Miguel de Allende, Mexico, and received a Bachelor of Fine Art from the University of New Mexico. Margaret has had solo exhibits in New York City, San Francisco and New Mexico. Her work is in private and corporate collections across the United States, Japan and Macao. 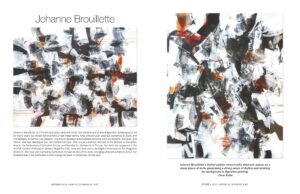 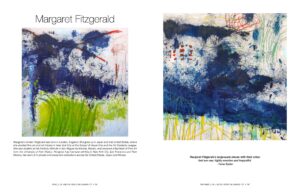 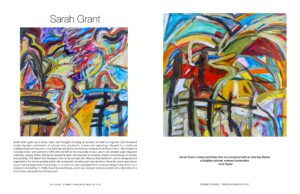 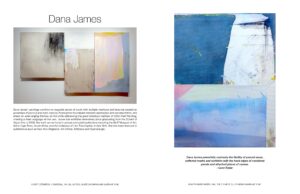 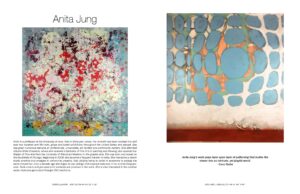 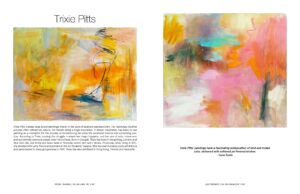 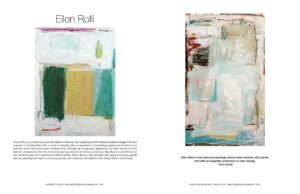 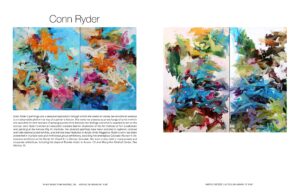 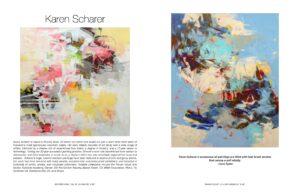 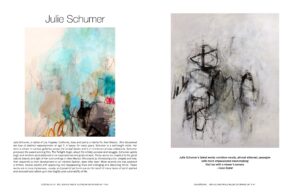 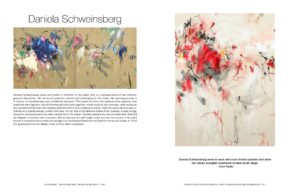 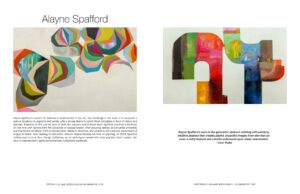 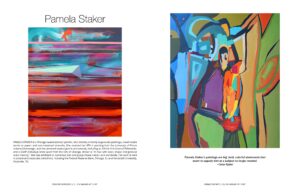