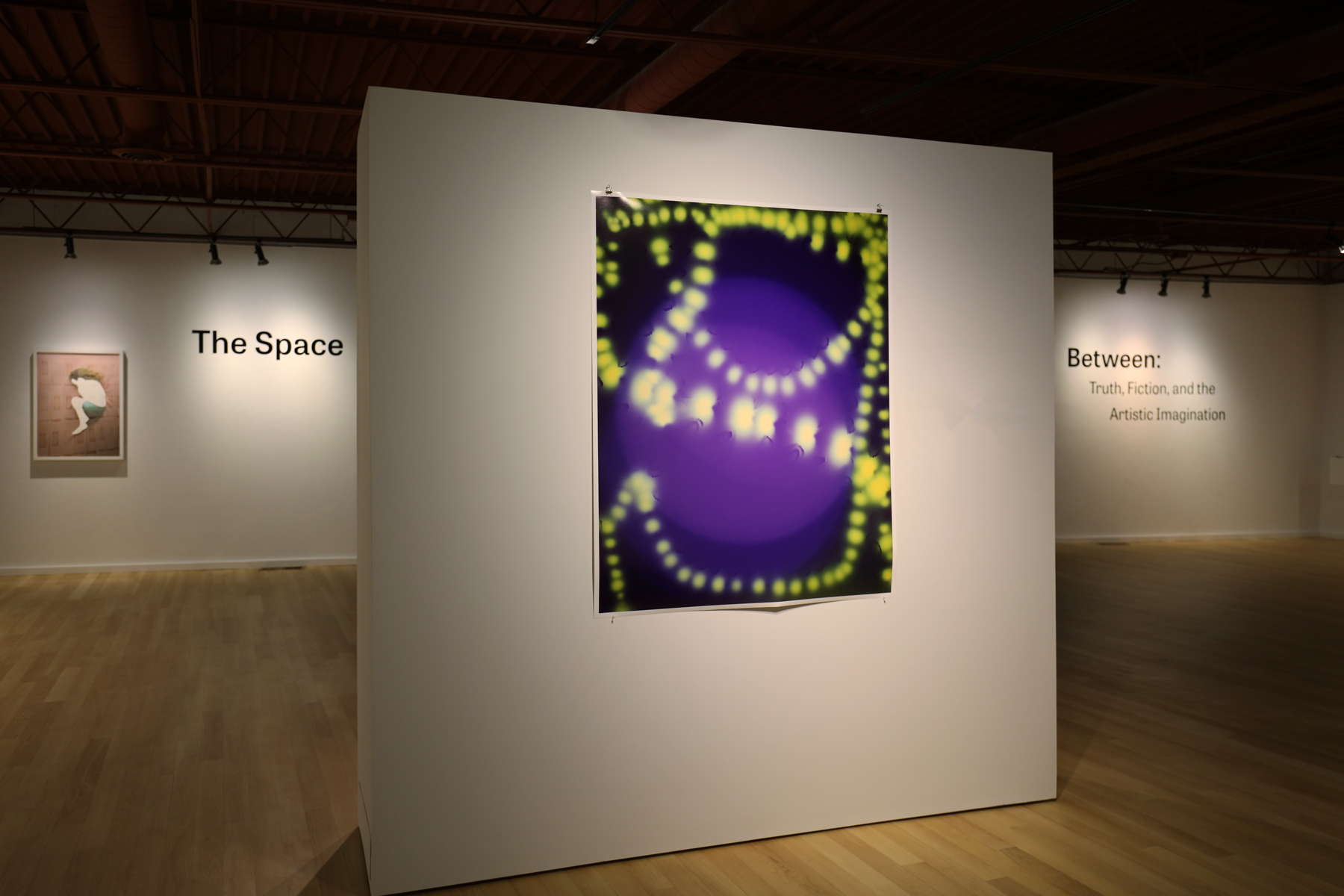 The Space Between: Truth, Fiction and the Artistic Imagination | Curated by Larassa Kabel

Curator Larassa Kabel put together The Space Between with the following in mind: that art, as a constructed reality, does the job of telling truth through a fiction— though that telling is only an offering to be received.

In thinking of these two purportedly opposing things, or ideas—truth and fiction—it becomes apparent that while they are not, as one says, two sides of the same coin, they do perhaps both exist in the action of flipping that coin. Perhaps they exist in the ways we perceive things as they move and change, on their way from one image and surface space to another—planar elements that undulate and shift. And on the receiving, or expounding side of these topographies, are the viewers, the believers, the potentially confounded.

To comprise The Space Between, Kabel chose works by nine artists that are playful thumbs in the eye. Kabel is not attempting to be post-post modern—she is not trying to make a point about nothing having meaning. It’s dig sites she is interested in (presenting). Because this type of excavation—close visual reading—is how determinations about true things might be made. After all, discovery is about emerging, exposing, and/or delighting in all the things that have not been seen before.

In his book, Phenomenology of Perception, philosopher Maurice Merleau-Ponty wondered, “How can we ever have believed that we saw with our eyes what we in fact grasp through an inspection of the mind; how is it that the world does not present itself to us as perfectly explicit; why is it displayed only gradually and never ‘in its entirety’? In short, how does it come about that we perceive?”[1] But complicating this object, body, intellect experiential system, is Kabel’s curatorial starting point: “Mostly we choose to believe what we want to believe.” The action of perceiving is also or because of the acts of choosing and believing. And our wants come from myriad places, not the personal alone.

In The Space Between, each artist imagines a new place or perspective by intermixing methods, media, or concepts. And by messing with time, as well as spatial constructs, these contemporary tricksters have made works that in their resultant states defy and brilliantly masquerade. As a whole, the exhibit is a confound of forms and ideas, which may be aiming to (re)direct us to a clarity that the act of constructing new realities actually seeks. For we construct reality every minute of every day, but what artists do for us is to create something additional—a critical appendix, by which we can reassess our construction plans.

Our pasts and our plans. Here, memory becomes a key player. Henri Bergson’s theory of memory contains two forms: one is of repetition and one of singular occurrences that cannot be repeated. The Space Between alchemizes these, creating an experiecne vis-à-vis memory and perception. Here, painting and photography are also fused, manipulated, and in this exhibit, take on almost media-fluidity.

The digitally manufactured photographs of Ted Kinkaid, for instance, take an assumed purpose of photography—to record and document—and blur this by creating images that do not exist in the world outside his frame. His works are exemplars of what critic Rosalind Krauss’ wrote, “It is no longer the case that painting has a resistant opacity […] white photography is nothing but the pure transparency of a slippery illusionism […] the logic of this opposition has become warped into something that looks more like a pretzel or a Mobius strip than it does a straightforward binary.”[2]

The placement of each work in the exhibit, too, builds another layer onto our viewing plane. By way of where one stands in the gallery space, some series, such as Stephanie Brunia’s photographic series, “A Kind of Ache,” and Guy Loraine’s gouache paintings, “Dusk Moon Night Moon Morning Moon,” and are hung in complete groupings, though sequence may not be inherently clear. Loraine’s self-proclaimed unreliable color studies offer the continuity of an idea repeated, yet also embedded in that is the discontinuity that often results in an artist intention and the resulting work. Brunia’s subject/objects—photos, letters, scraps of paper, envelopes—have had absented from them their original human touches, such as the figure from photos, text from surfaces once written upon. Anything contextually informative is now missing. It is almost as if when Brunia discovered these in her family archive, each object was in a bardo state.[3] And now she has given them new life.

Brunia’s other series, “A Series of Near Misses,” totaling four “digitally stitched together” portraits of what Brunia calls her “Frankensisters,” however, is hung in two couples, both visible straight on from a distance, but not up close. This separation, a decision to hang two works toward the front of the gallery, and two back some feet, is also a perspectival exercise in inclusion and exclusion. What gets seen depending on where we are—Merleau-Ponty perplexing over gradual displaying vs. entirety.

Between these two couplings, though situated on a far back wall, the three photographs in the series “Glass Eyes Staring Wonder” by Emma Kisiel, serve as wildlife ruses. These allow us to stare out at animals staring out at the landscape. But we are not watching animals captured by a camera; we are looking at taxidermied animals that stilly roam. Stillness here is enacted at another remove. Like R.H. Quaytman’s very art-world-centric and interminably-titled, “Painters Without Paintings and Paintings without Painters, Chapter 8 (Christian P. Muller’s picture of Andrea Fraser performing “May I Help You?” at Orchard in Front of Louise Lawler’s picture of an Andy Warhol painting behind a Tony Smith sculpture),” Kisiel moves us into the (digitally reproduced and installed) natural world, where creation and movement and growth and climate and human intervention are all wrapped up in this one fixed and framed view.

Jim Snitzer, on the other hand, recreates extant structures that are in our collective memory: The Grand Canyon or Machu Picchu, for instance, or the Pyramids of Giza. Using found and sourced materials, Snitzer makes miniature iterations of these built and natural wonders, right in his own backyard. He then photographs them, using antique methods, with the aim of confusing the eye and the mind into sussing out the truth—that these are structures that replicate; that these are not the originals, which, in this process, the mind automatically references.

Noah Doely’s “Expanse of a Fact,” is a triptych that exposes such replication or recreation as a performative act, documented.  This series gets disjoined in the same way as Brunia’s “A Series of Near Misses,” two of the three images placed side by side; the third, in line with the others, but set back on a deeper wall. Close one eye and you may lose the full narrative, but even with both eyes open, the narrative is not merely linear—it has many depths.

And like Doely’s culminating work of the lunar surface, a close up of the topography of what has been made, and how perspective changes site and sight, Rachel Cox’s three photographs of hot tubs are close readings themselves of the insides and surfaces of molded plastic containers of leisure. Whether reminiscent of something out of Kubrick’s 2001: A space Odyssey; or some Southwest dessert scene with strange mechanical land art among it; or simply a nebulous froth of water surface, Cox combines places for supposed intimacy with our misguided belief that consumer goods actually hold us together. And in doing so, she creates startling new landscapes that both invite and challenge.

But minds invited to challenge are also subjected to loss, of course. Take, for instance, the five works by The Belle Morte Collective (members Kabel and Ben Easter). These erasure photos are reminders that absence shapes presence, and vice versa. The uncomfortable act of cutting out a body from its surroundings within a photographic frame is an aggressive one, as well as a possible protective maneuver. Easter and Kabel leave us with the trace of children once seen. These stark and altered photos document beyond the captured event, they document the subsequent event of disappearing each child, also, and in the process, further abandoning the places in which the subjects were (photographed).

The Space Between allocates imaginative clues, some quite factual, but in representation, often taking on an extra-terrestrial appearance. Peter Shellenberger’s two new autoradiographs, “fireflyradioactive” and “radioactivefirefly,” for instance, look astral in their time-lapsed results. But while they may conjure fairies, they also conjure the very scientific—appearing as petri-dish cultures of bioluminescent bacteria, spilled out over its container.

Because truth leaks, is shared with the uncontained. Gets contaminated. And we become intimate with it all. The challenge is to understand the multiple levels on which all things exist. And to reprogram ourselves over and over again. Artists’ imaginations yield new worlds for us, that we can reimagine the world at large. The Space Between holds works that are illusions serving as allusions, traces as foundations, so we may change perceptions, and dream—an act akin to remembering future. Because, as poet Eileen Myles points out, “Art becomes memory more than anything else. A kind of chooser. It shows how we were touched.”[4]

[3] In Tibetan Buddhism, an intermediary state between birth and rebirth. 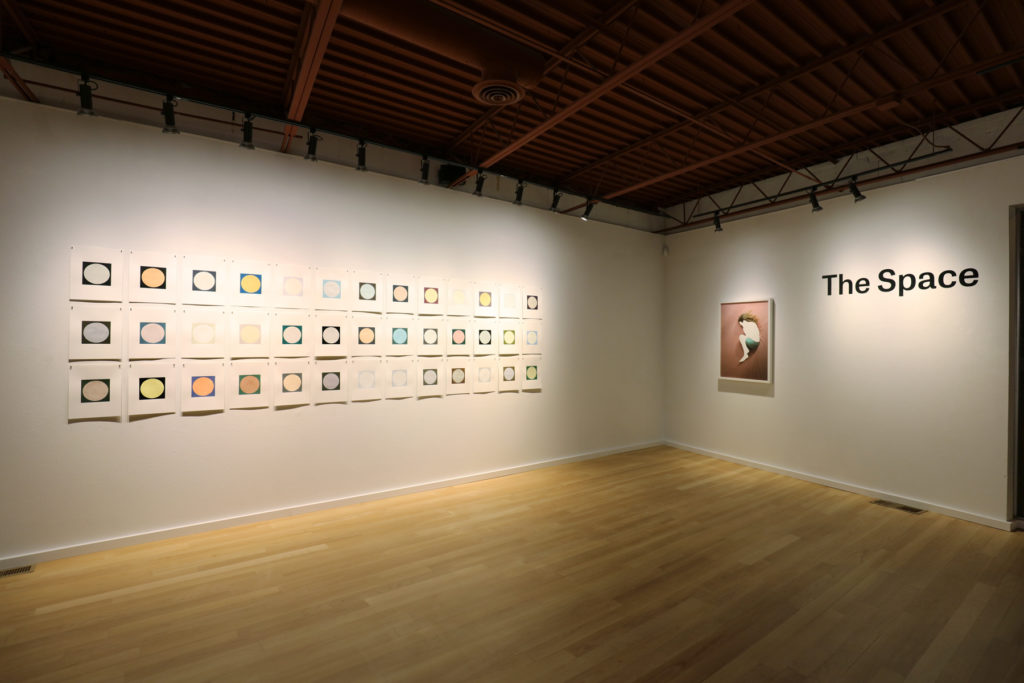 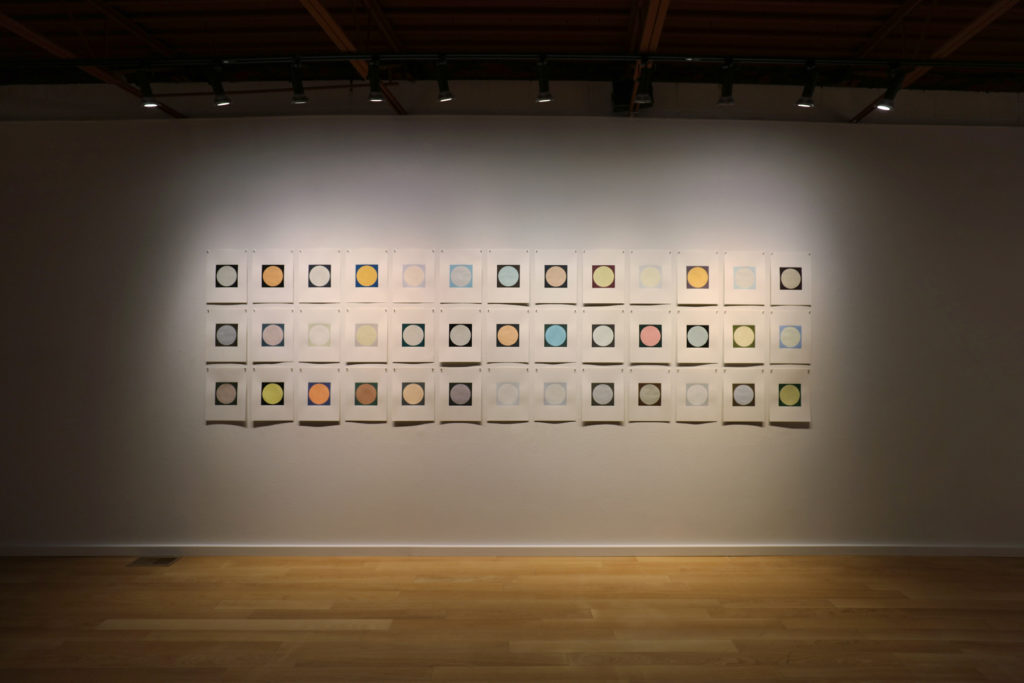 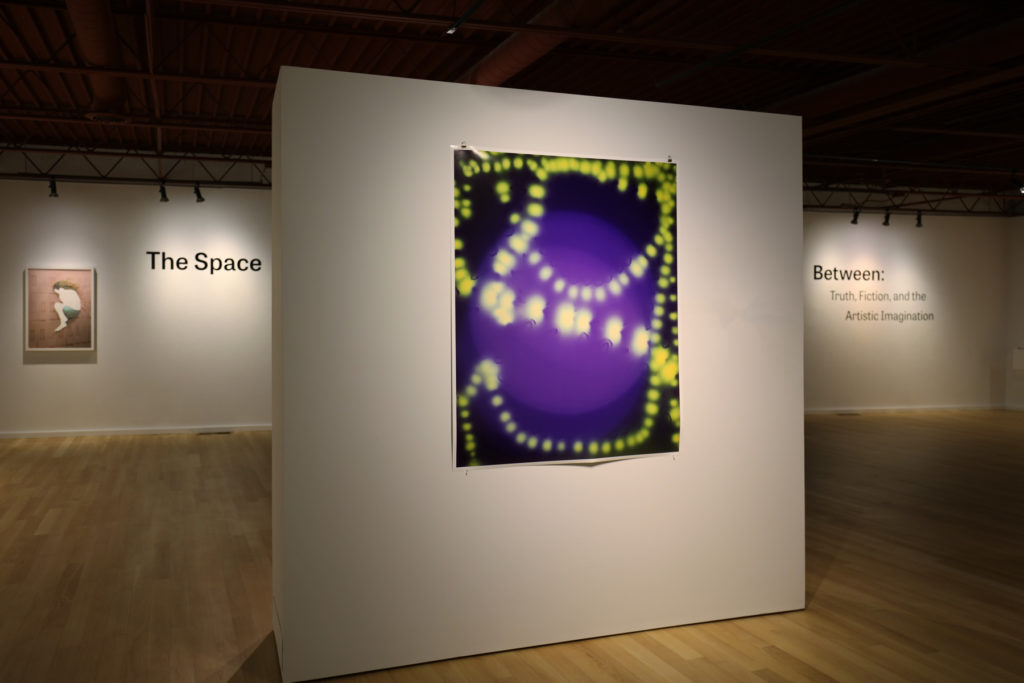 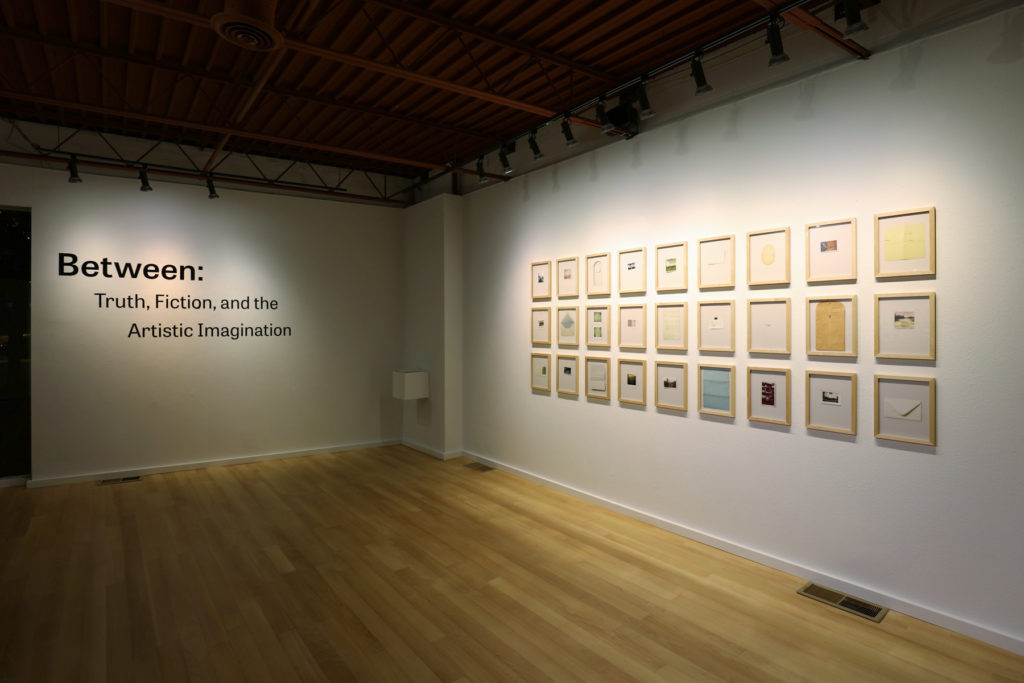 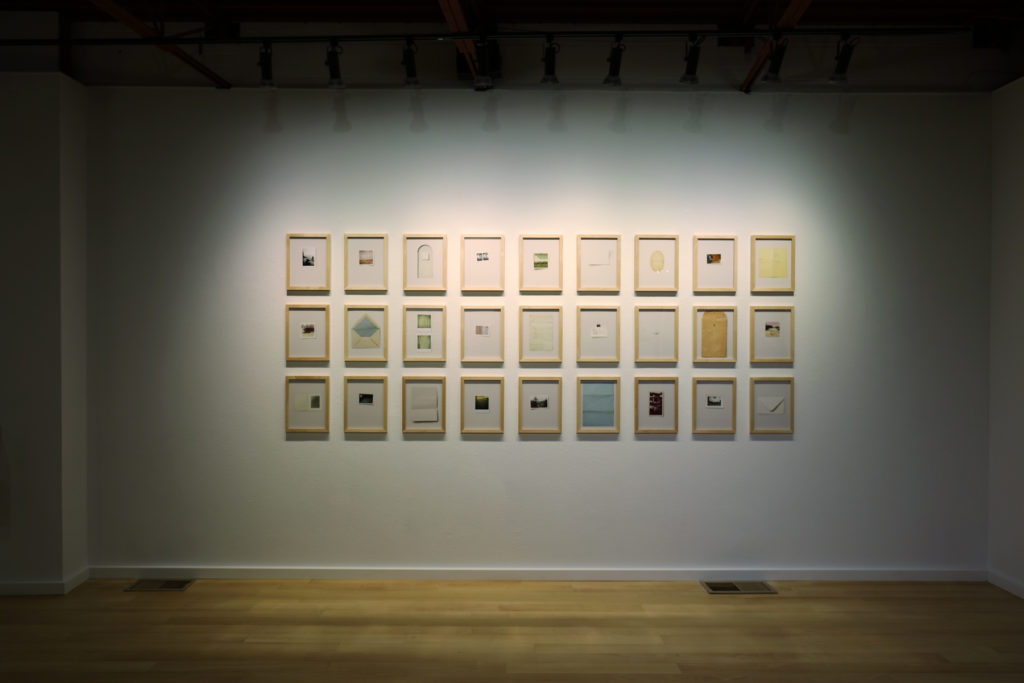 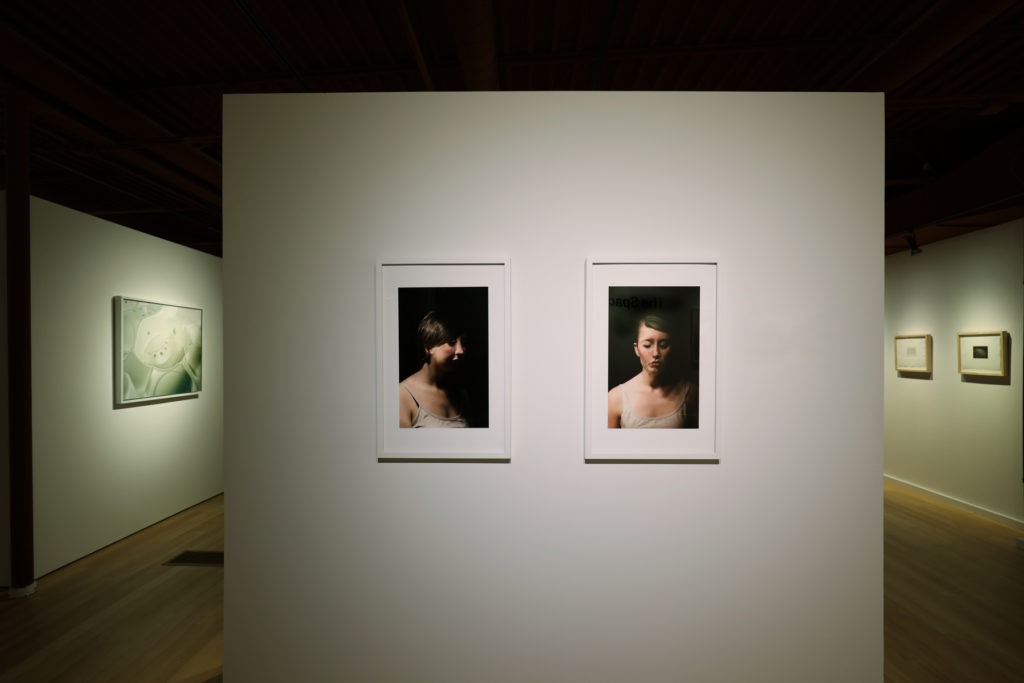 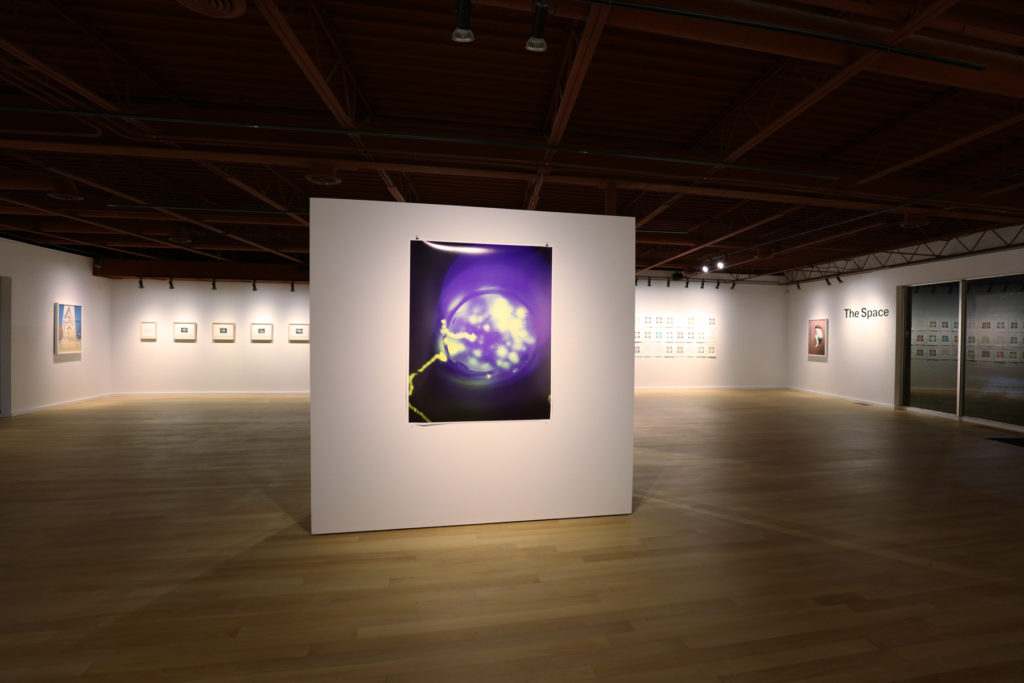 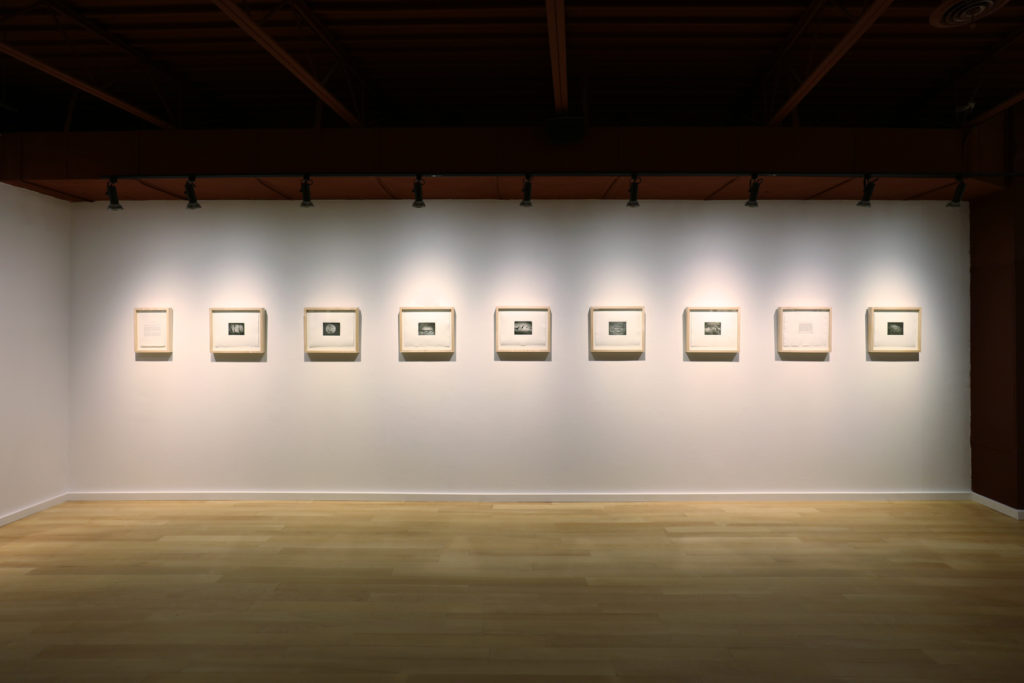 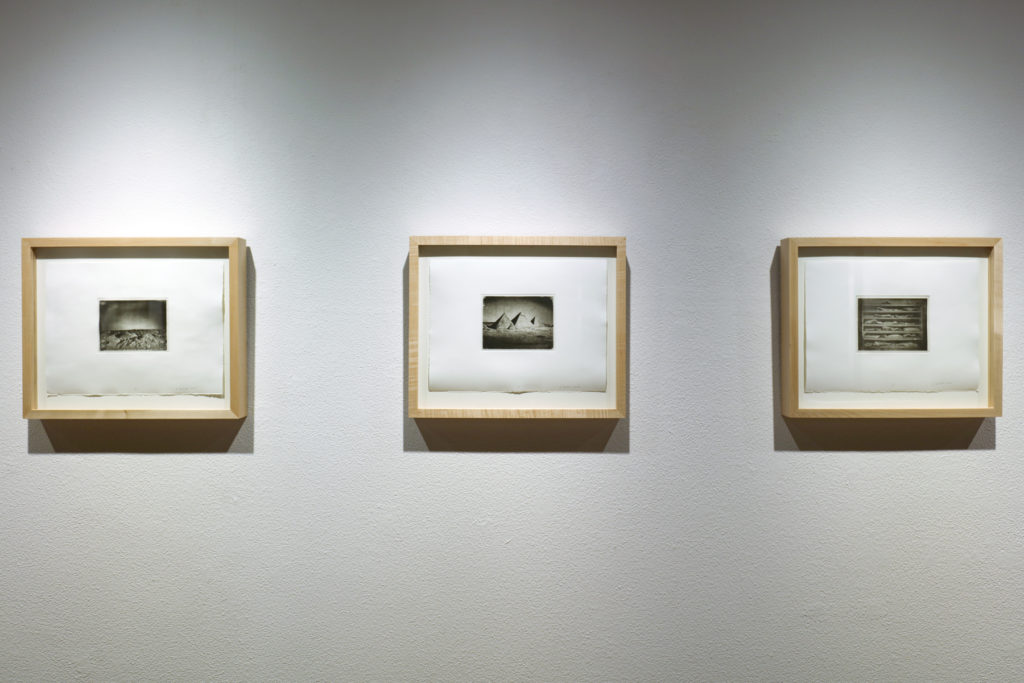 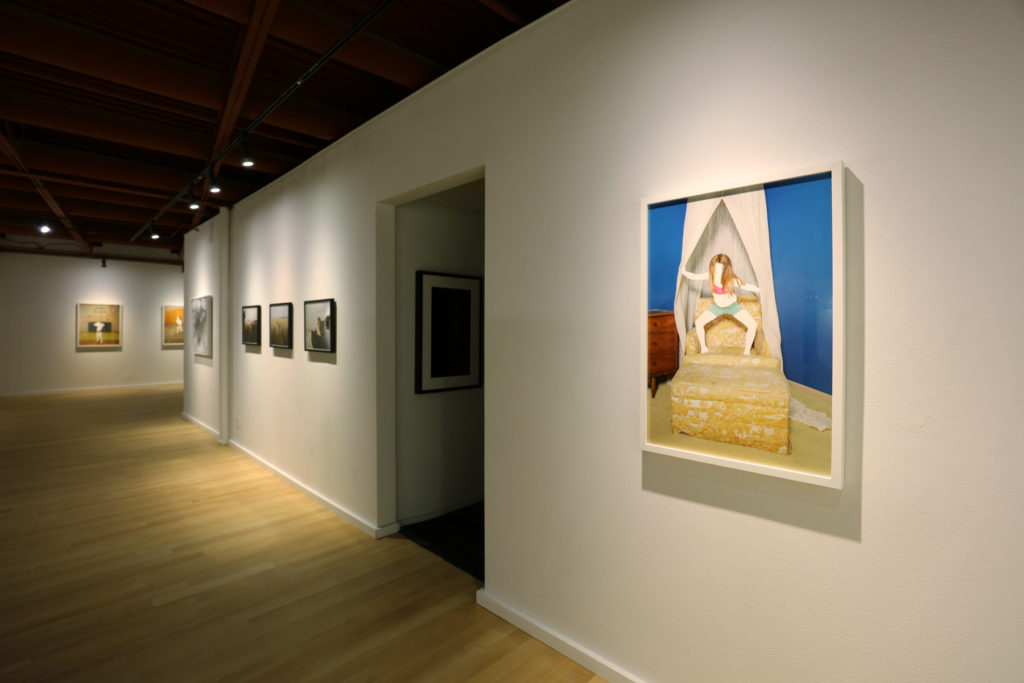 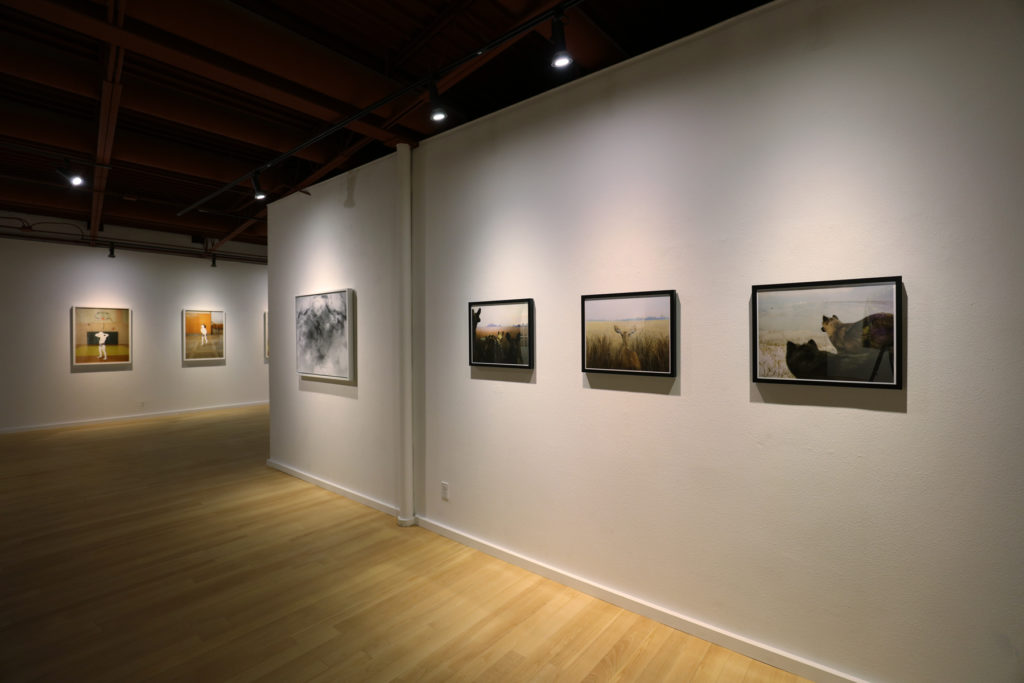 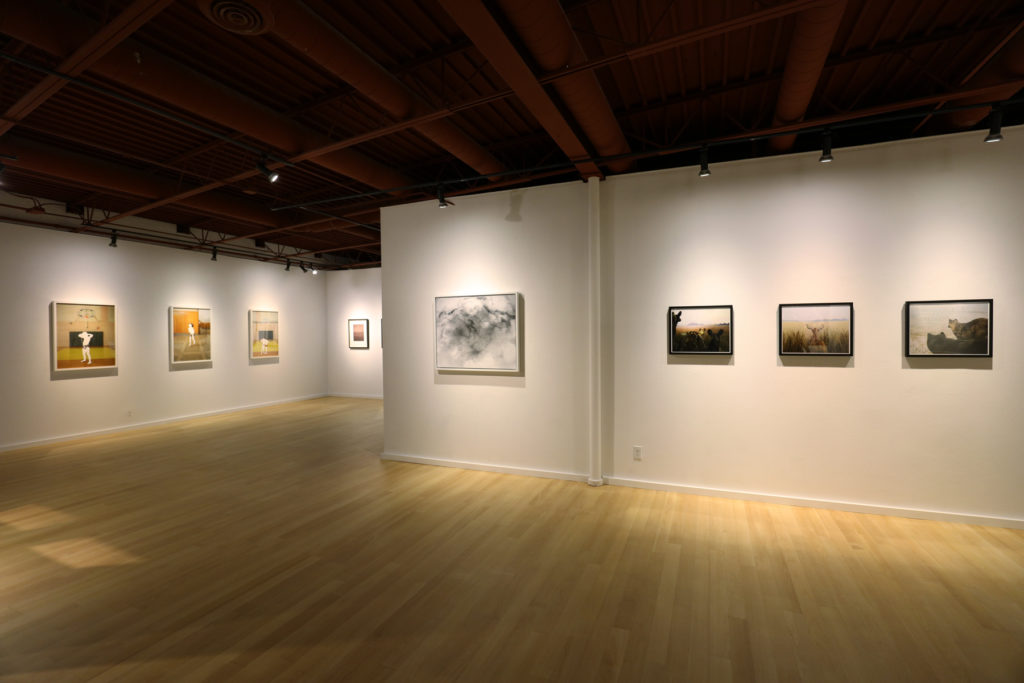 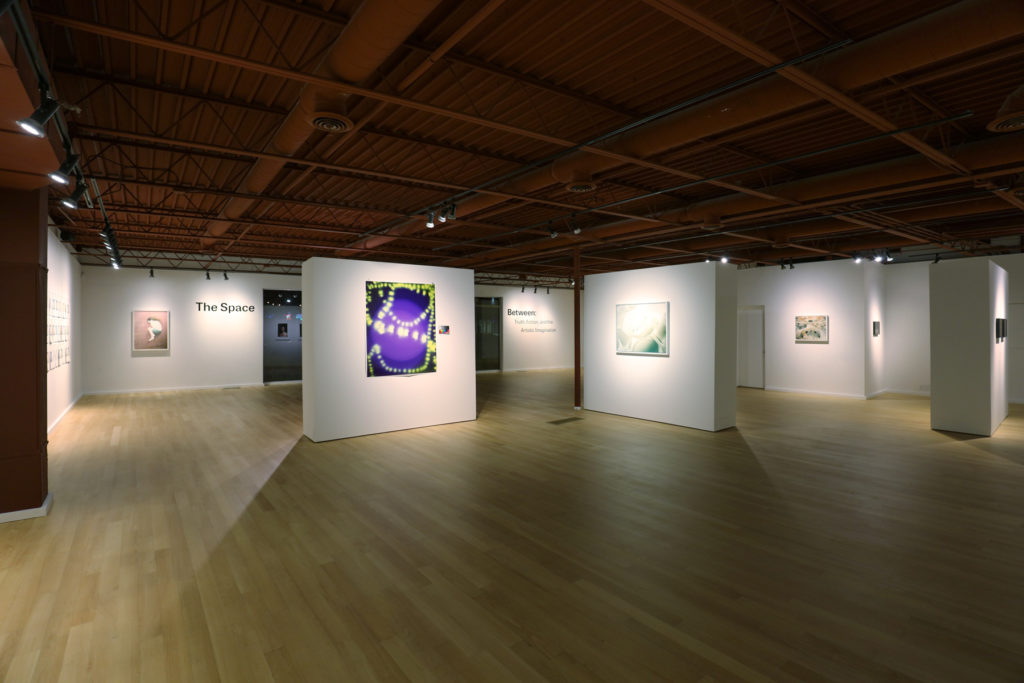 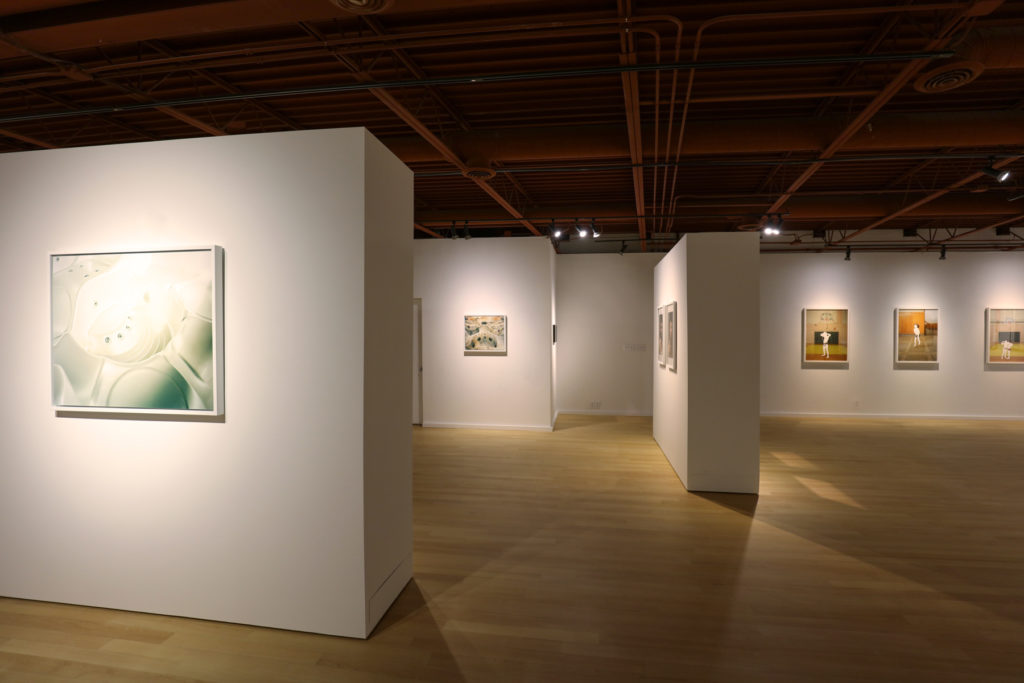 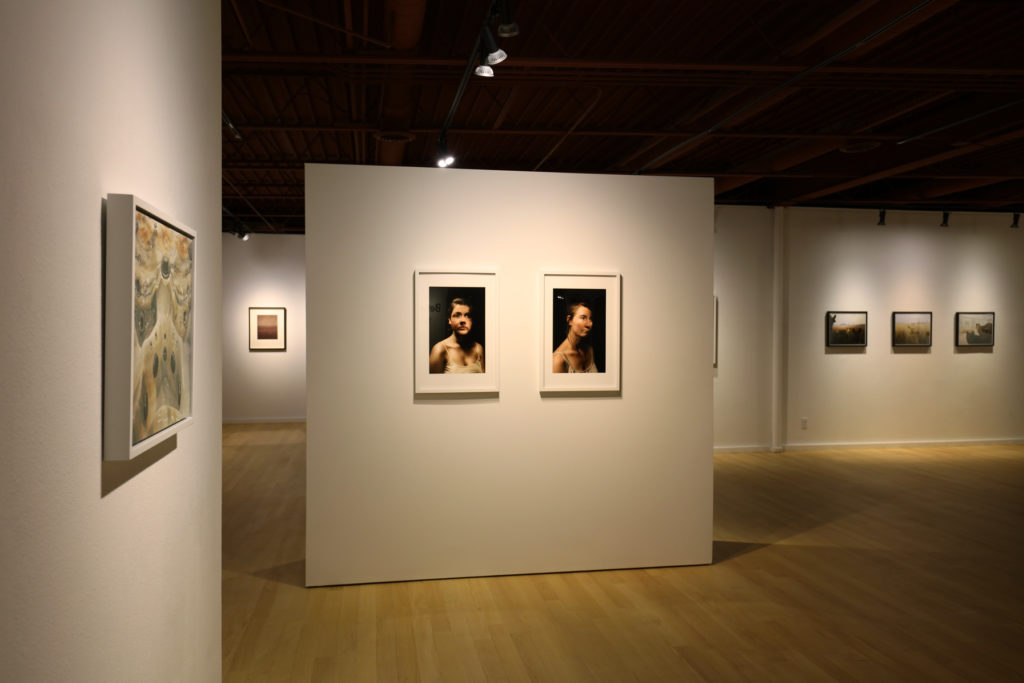 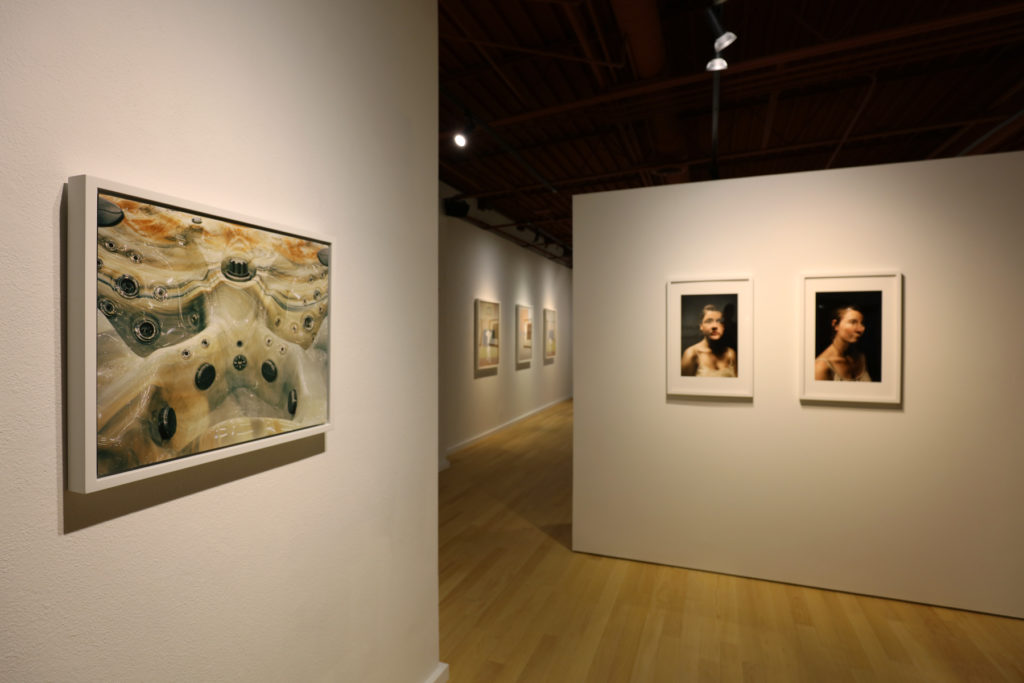 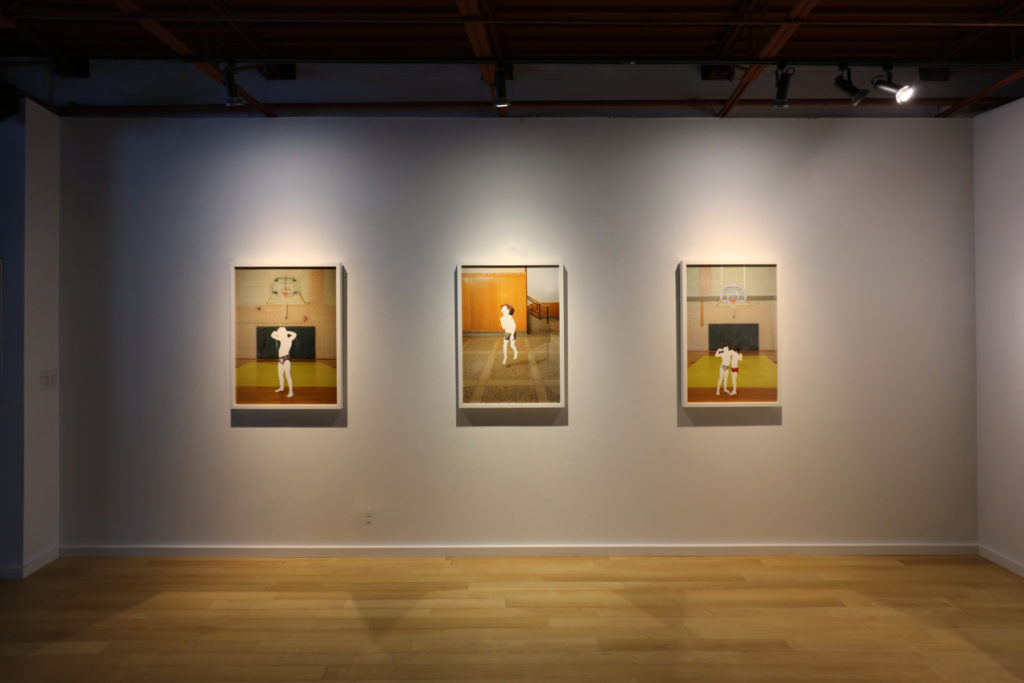 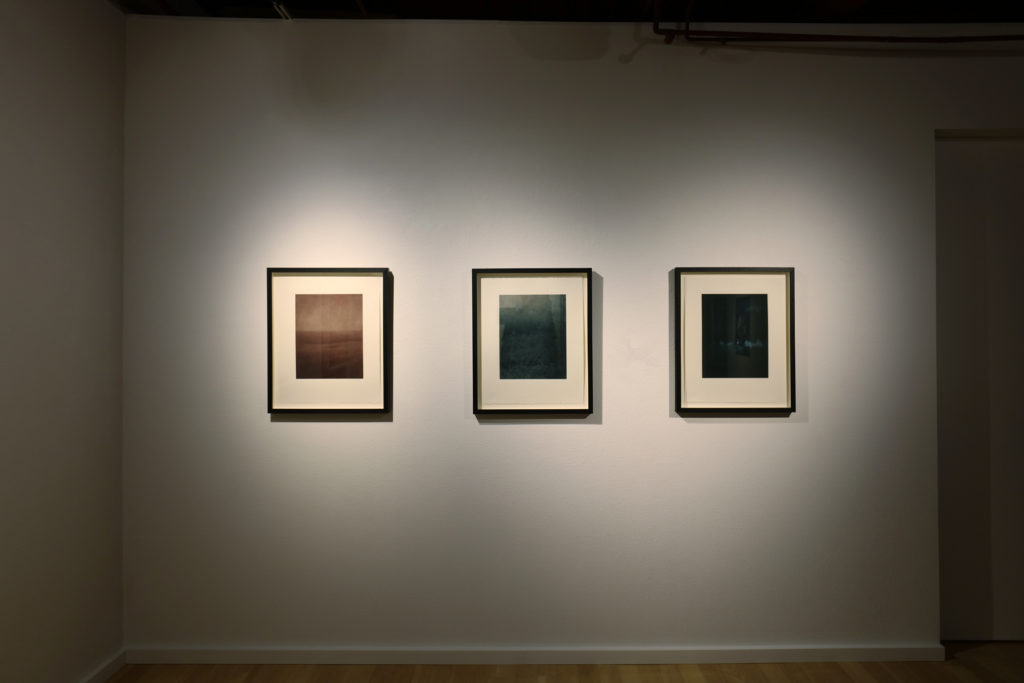 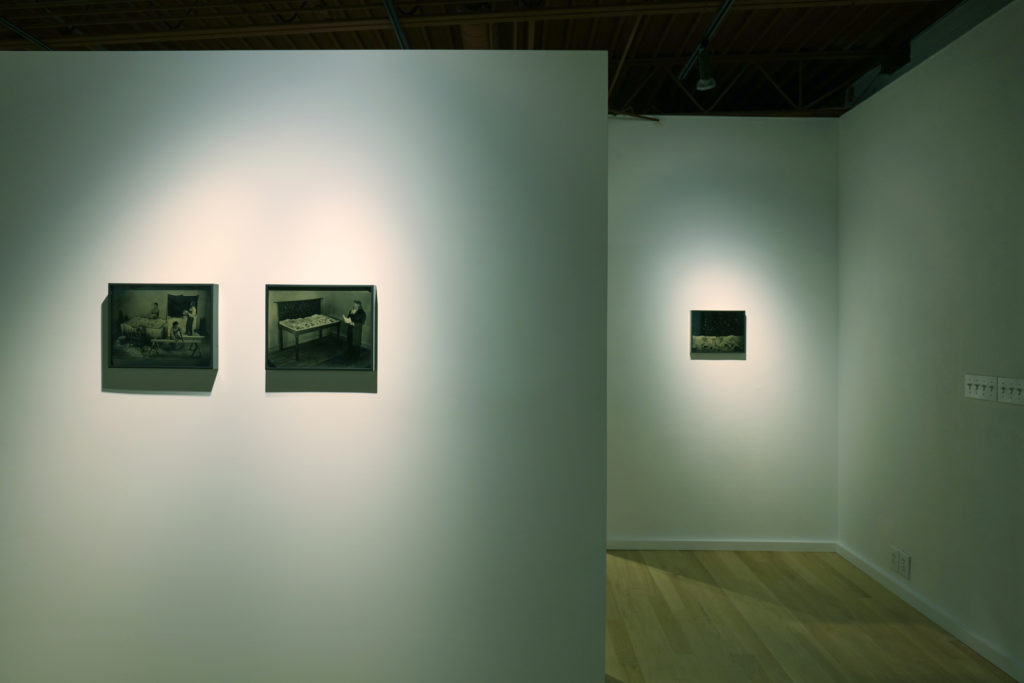 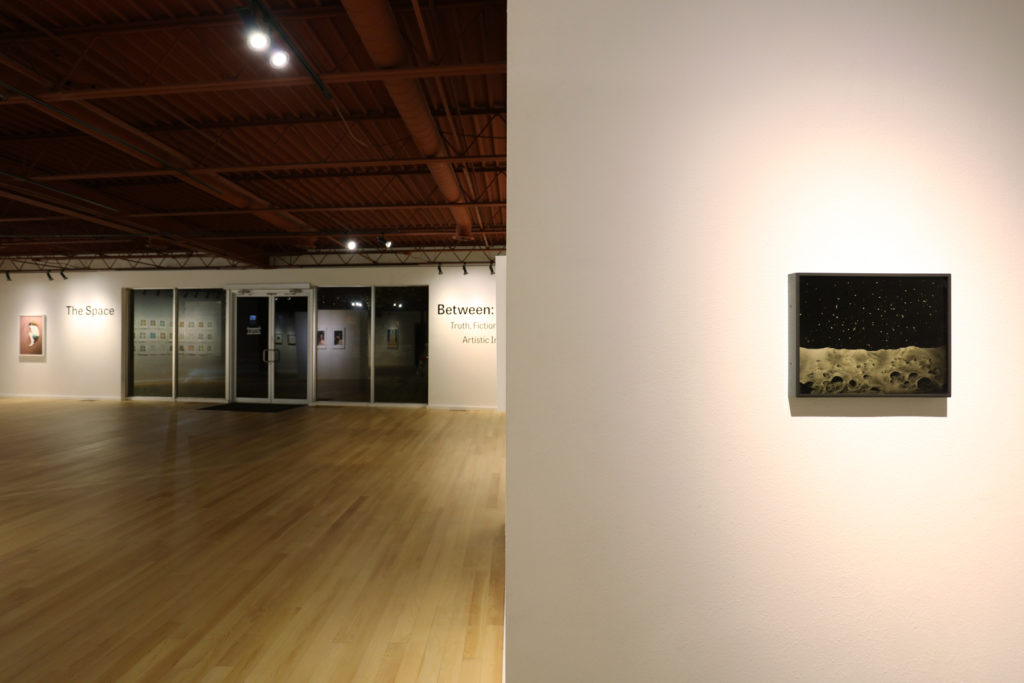 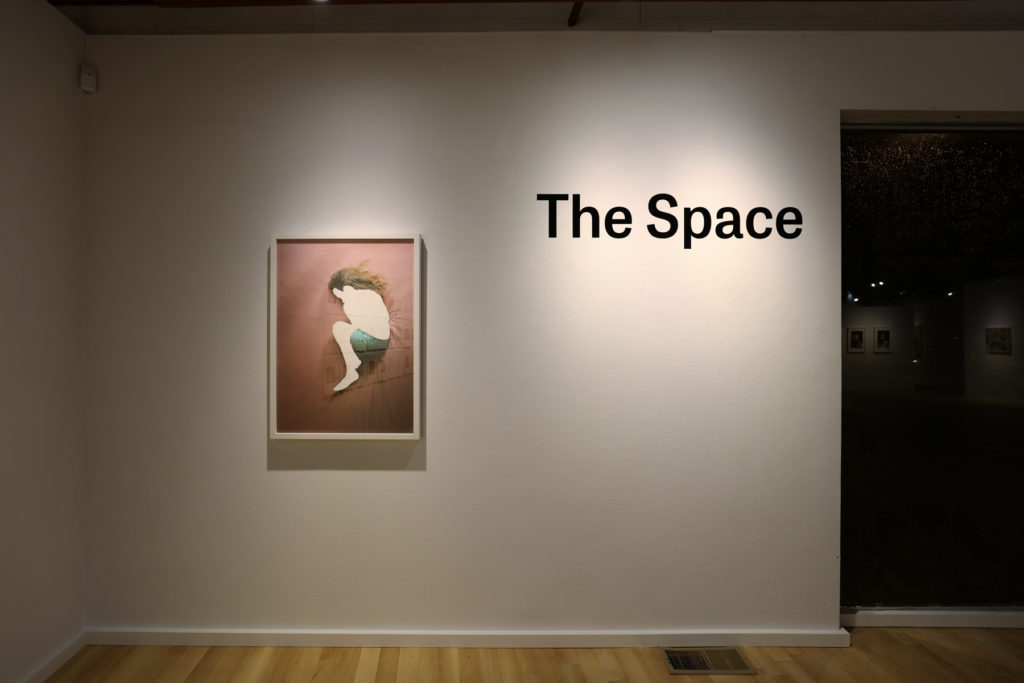 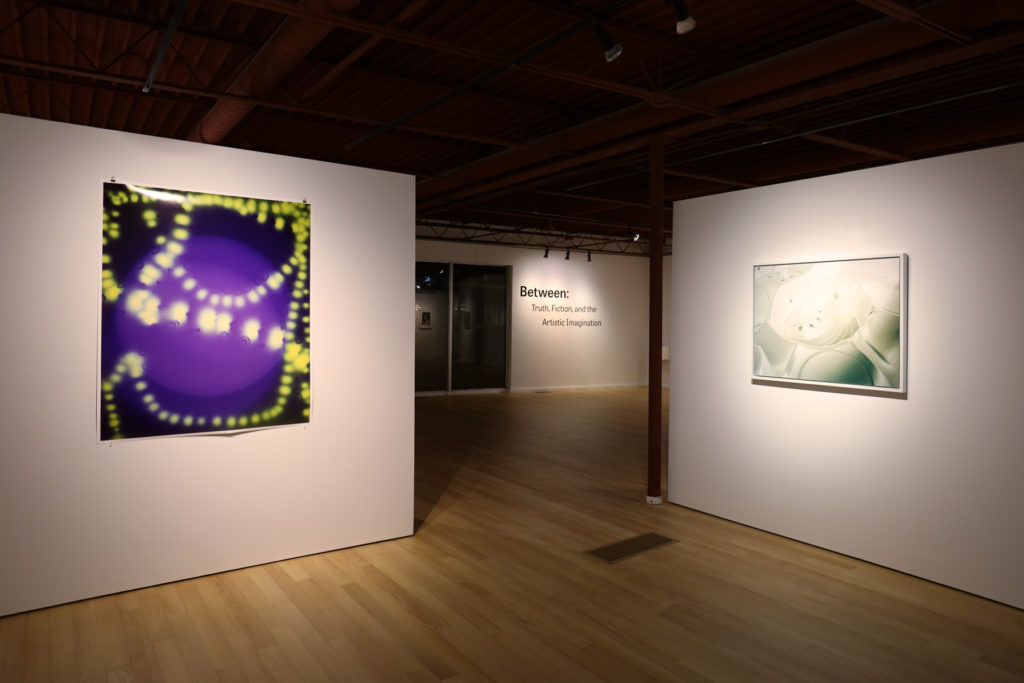