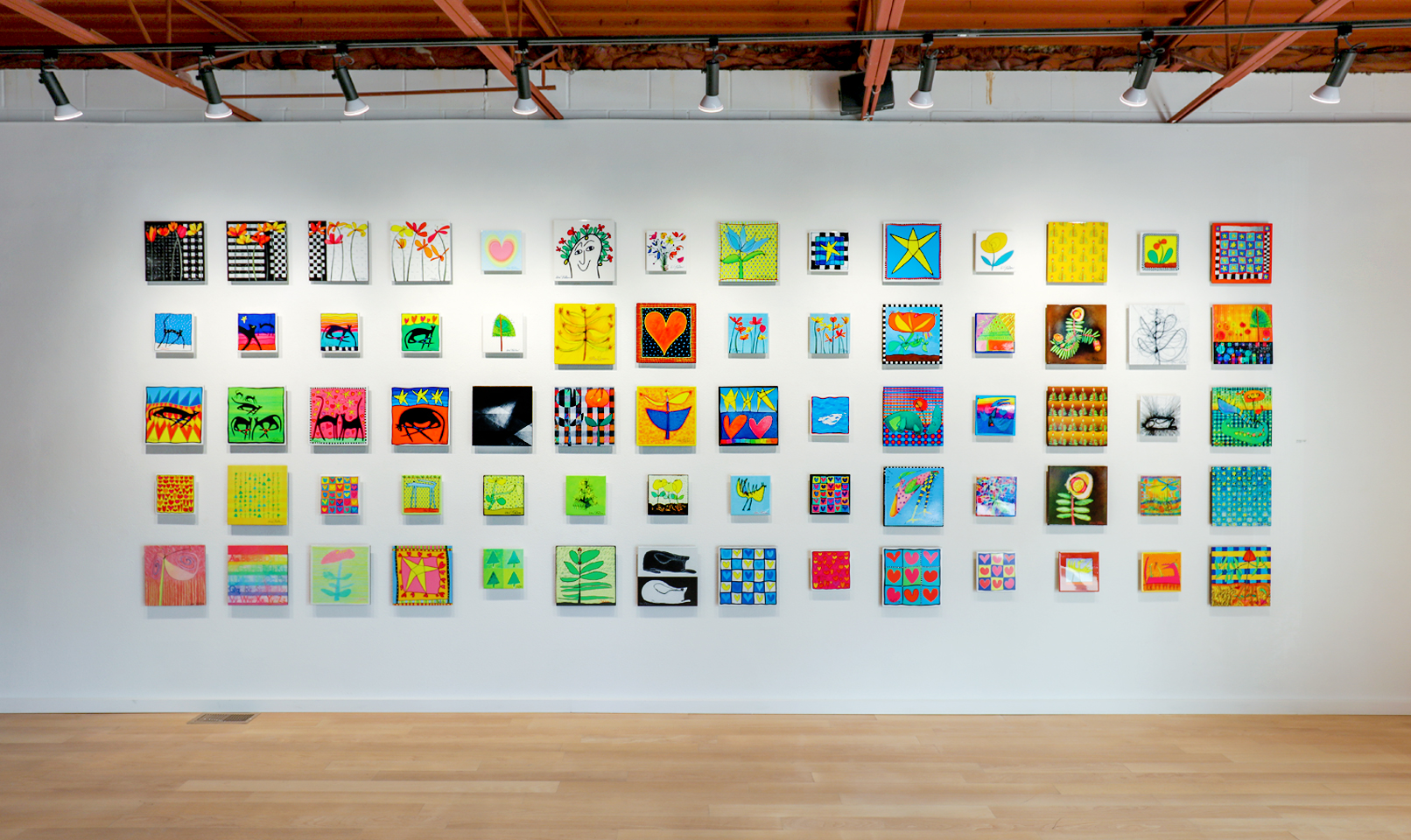 Karen Strohbeen and Bill Luchsinger are local digital painting pioneers, gardeners, and perceivers of urban skylines. Together their works traverse genre, geography, geology, and mediums. And together, they cover much scale—small, medium, large, and everything in between. On display with their new pieces are works by Thomas C. Jackson, Jay Vigon, Anita Jung and Annick Ibsen.

Luchsinger’s new work focuses more on the remote landscape and the colors and textural differences therein. “The Edge,” for instance, is almost Turneresque. Its purple haze deems the horizon line more difficult to discern—a quiet storm, the color of healing bruises. Luchsinger still works in the city, and he still works up close with the flora, but this more distanced viewing of the horizon feels new. He operates equally well in wide open spaces as with the cityscapes and studies, such as the still life, “Red Vase.” “The Edge” and “Red Vase” are the outliers in the show, and the poles they touch are warm and calm, though indicative of turbulence or decay can still be felt.

The verticality and sky-centricity of Luchsinger’s “Sunset” and “Rocky Shore” also take on seemingly new geography—more water, more soil, less foliage. More sky; less obstructed space. And his partial bouquets in “Flower Mix” and “Snaps and Sun” –the latter, especially—focus on the rays and the eyes of each presumed-to-be tall flower. He zooms in upon and out from things tended to and grown, or engineered and built, but no matter what the subject matter, Luchsinger has the zenithal sun in mind.

Strohbeen’s abstract floral and arboreal works also appear, such as with “A Standing Flower” on aluminum, as if basking in extreme apical light; this is also most noticeable in the gloss of her fantastic ceramic tiles. Here, the wall of 70 works is delightfully overwhelming, and one finds herself looking at each for small distinct similarities and differences, and to committing each tile, its lines and colors and contrasts, to memory.

Checks, grids, and squares are reminiscent of a kenzan holding perfectly one stem, in “Sunflower with Pattern.” And in “Trees and Flowers,” the anthropomorphic conjoining of plant and petal shapes also feels akin to a very refined ikebana arrangement, which gets animated and moves us off the paper, anticipating a world where these figures are not surprising but expected and hoped-for. In this world, Strohbeen’s “Standing Animals” on tile are also awaiting an encounter with us, poised delightfully, un-ferocious as ever.

Annick Ibsen’s three ceramic wall works, “The King’s Court,” “Rooster Smorgasbord,” and “Single Rooster,” all use the Italian art of sgrafitto to etch the images and patterns into the ceramic. Also applied here is gold leaf, in the Japanese style of Knutgsi, where chips and cracks are mended with precious metals. Ibsen’s work shows her love for numbers in nature—the proliferative elements of the natural world—and in this, the singular also becomes, by contrast, the proto or ur thing produced… and therefore repeated.

Jay Vigon’s digital illustrations from the Abstract Modern Series delight in symmetry and gridding while fully embracing play. Like the Italian design group Memphis, these works use colors that juxtapose boldly and yet are diligent in their compatibility. These works are more streamlined, less busy with pattern, and spare in the way they take up space. The colors are softly muted, and the lines and shapes work to evoke a mechanization that works best when slightly askew—like jazz instruments. Like jazz itself.

The soft woodcuts of Anita Jung serially remind us that the world is configured and reconfigured and … possibly even preconfigured … with dots and lines. That with these we have all the tools of static and motion. “Slide” feels originary in its earthy colors, where “Split” has large moments of contrast, chandeliering lines, tuba-shaped scaping and blacks; more saturated color. “Shade” exists between these poles, and “Intersect” does just that—in this, one can see the wood grain best, its black swath touching all but one edge of the work.

Thomas C Jackson’s abstracts, rice paper watercolor collages “Maquette 8” and “Maquette 38,” take deep wine colors, and place the raw-edged shapes up against each other, buttressing blues and ochres like stones in a henge. The shifts from light to dark are like watercolor gloamings, and in “Maquette 38” it becomes almost possible to see water, sky, a plank of paper on which we can walk. Evoking philosophy in their parts, the ruminative nature of these papers are like scrolls whose language we do not quite know, yet somehow understand.

Jackson’s representational oil paintings on canvas, however, deal in contemporary thought—cultural exploration and social snapshots. “Cowboyin” merges the city slickness of the night, near Central Park South, perhaps, with the rugged West, in a monochromatic moment that doesn’t betray its period of time. Like German painter Neo Rausch, Jackson seems to use these geo-warps to confuse the temporal, as well.

“Cockpit” and “Junkyard” are more straightforward and relish the density of objects, be they old cars or buttons and switches. In “Junkyard,” Jackson masterfully frames the sea of automobile roofs and hoods, allowing the attack at the shore to come in the form of a blood red trunk, open mouthed and ready to swallow us when we look inside. And in “Cockpit,” we have a flight attendant’s view—not quite “in” but important enough to get a glimpse. The claustrophobic sides of the canvas are balanced by the white of the window ahead, and the bits of face and hands offer the tone of flesh—a human touch—to latch our eyes upon. 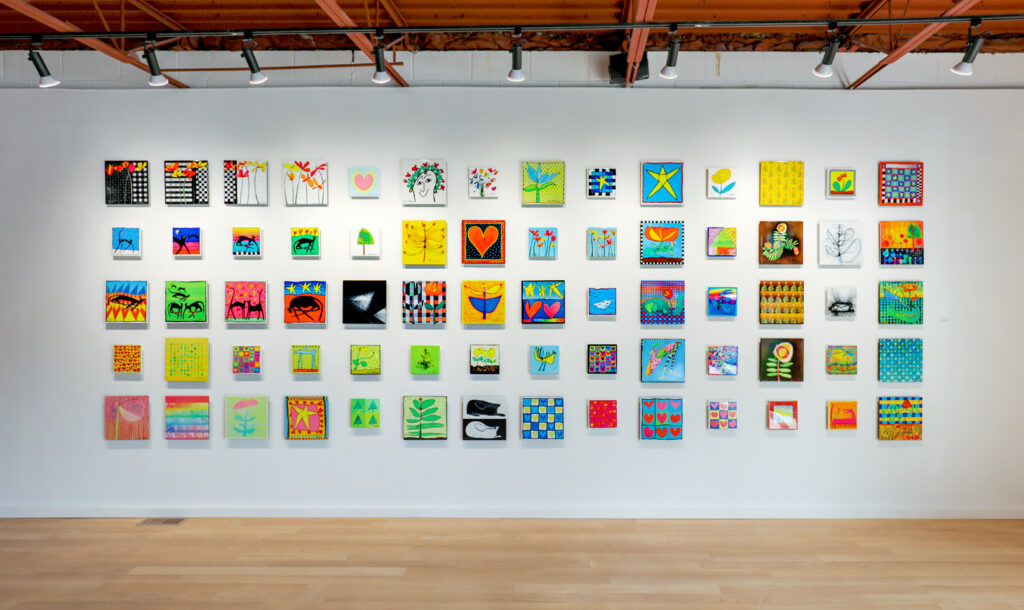 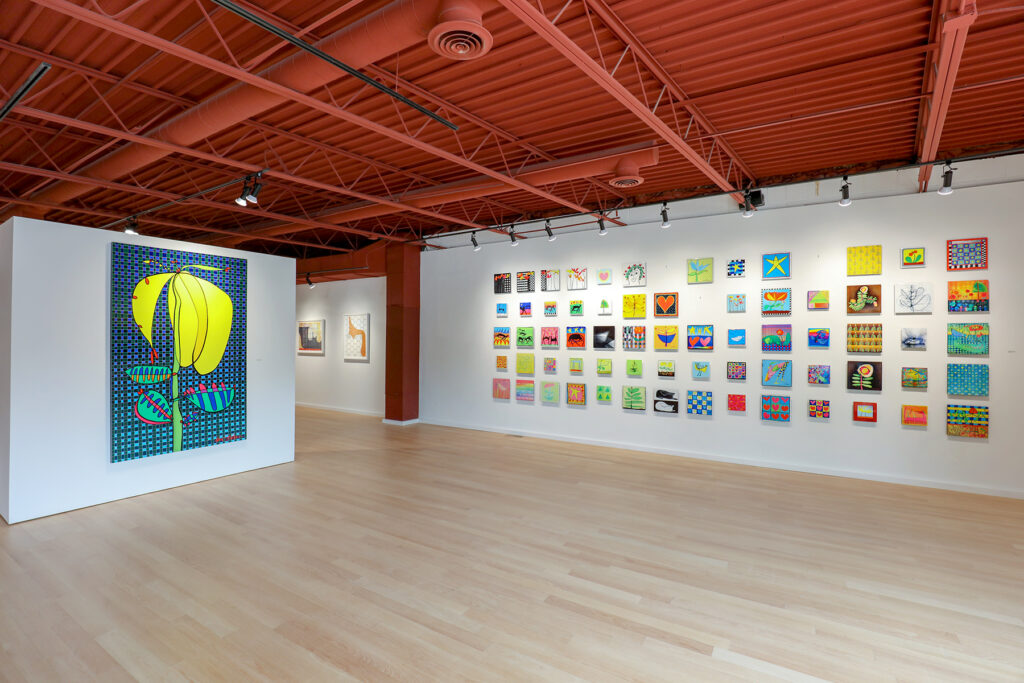 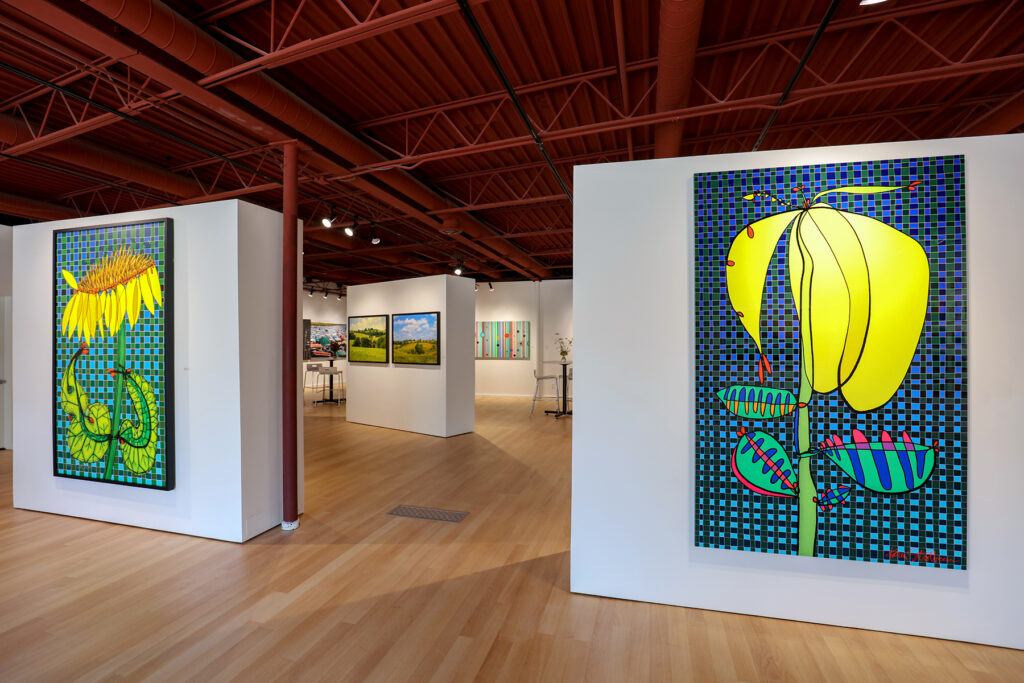 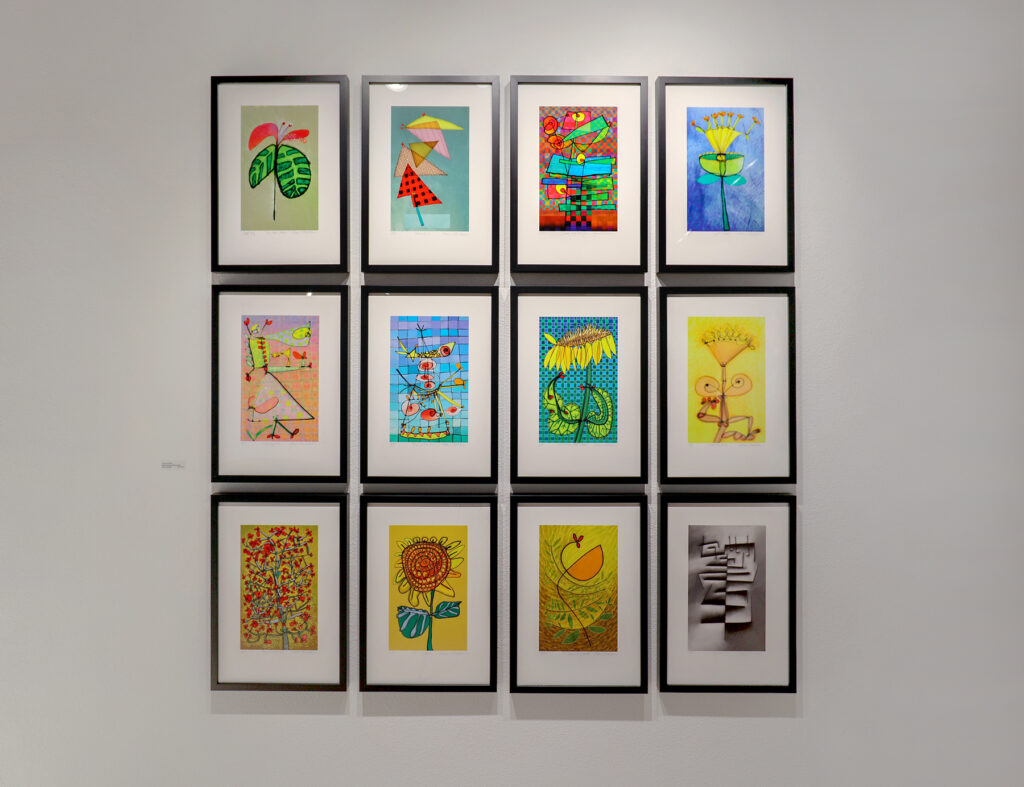 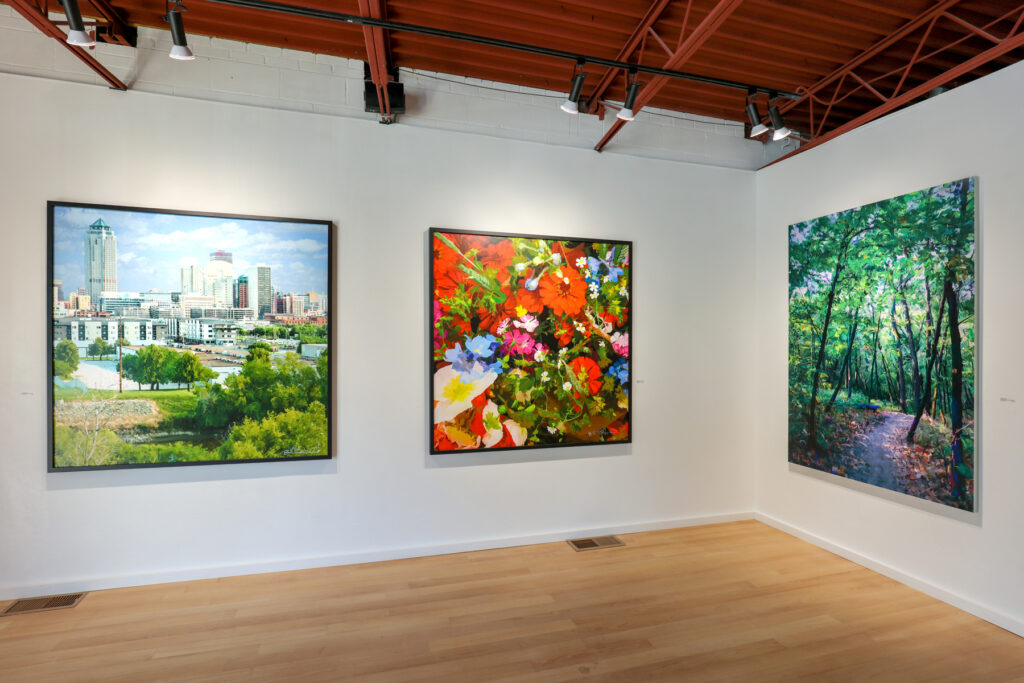 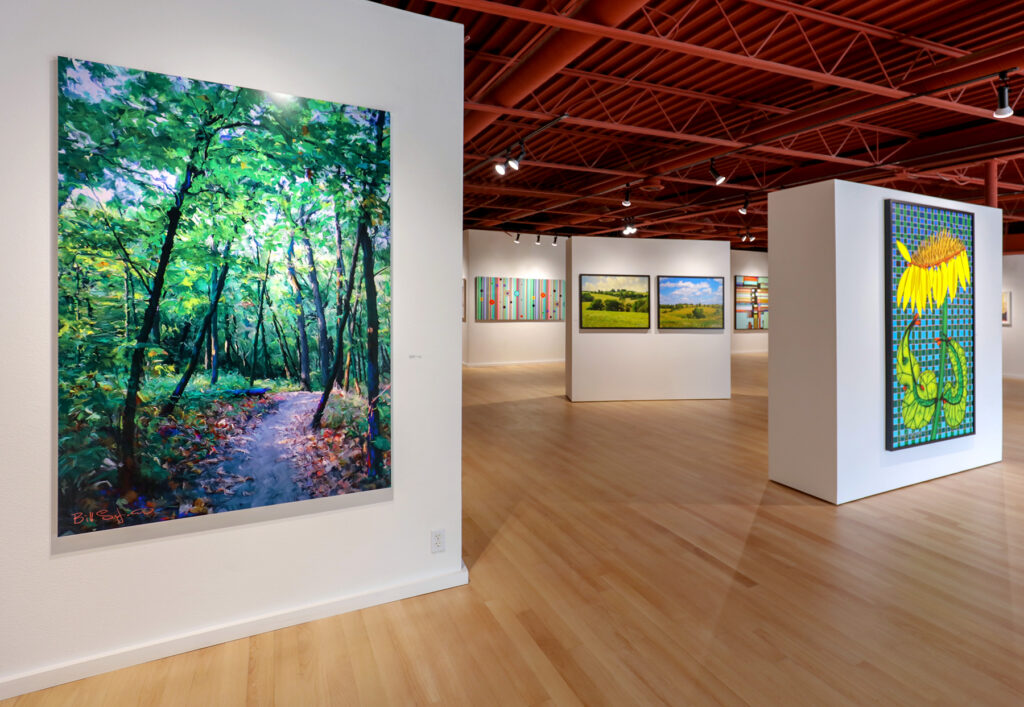 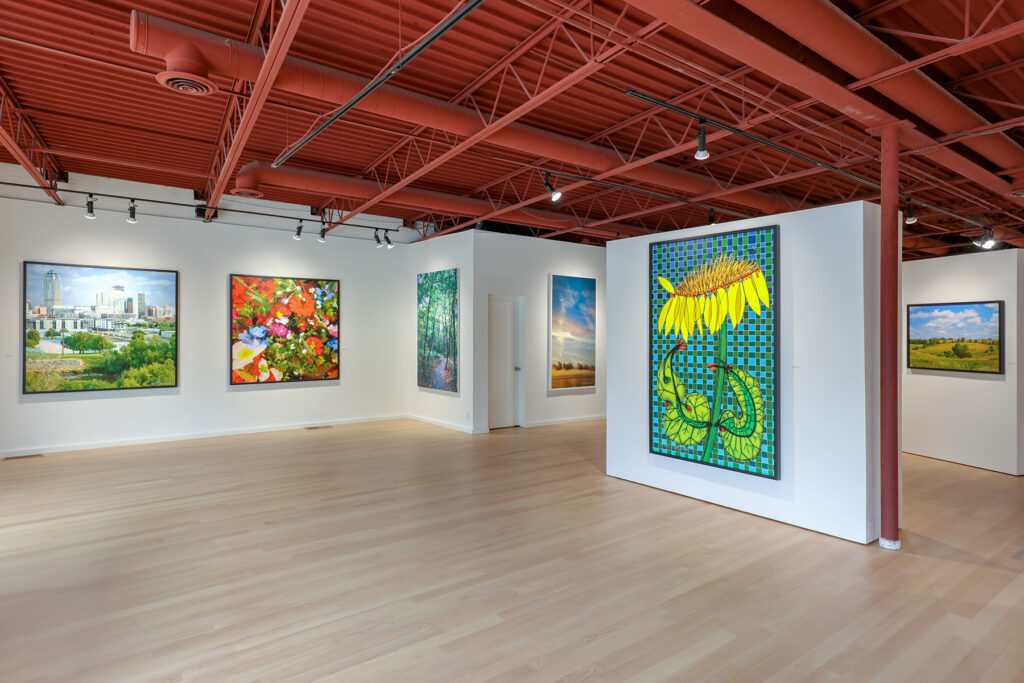 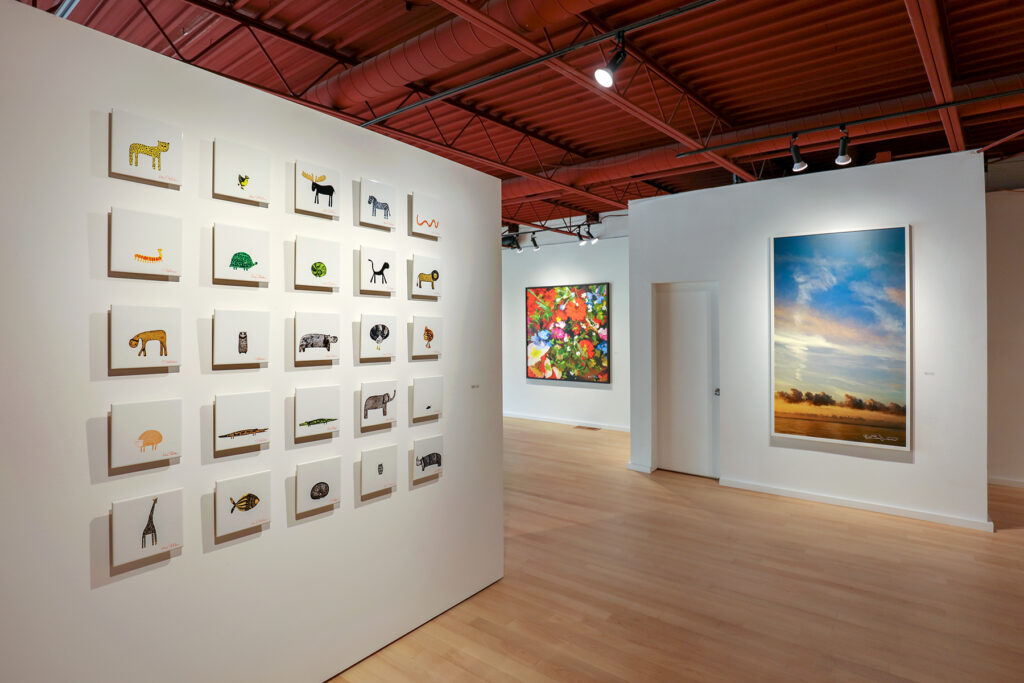 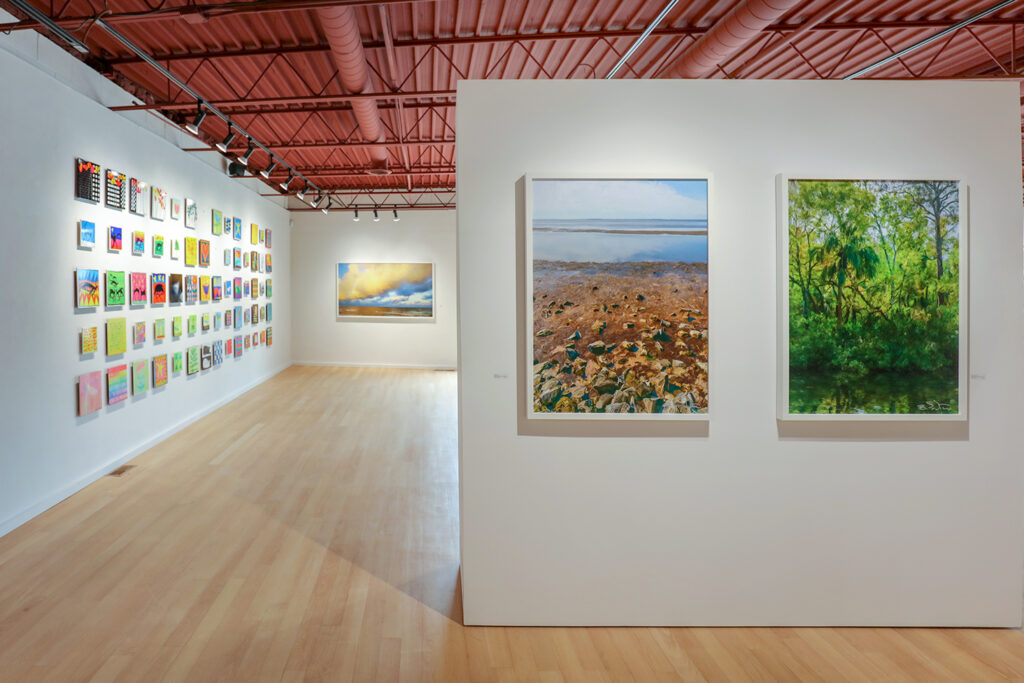 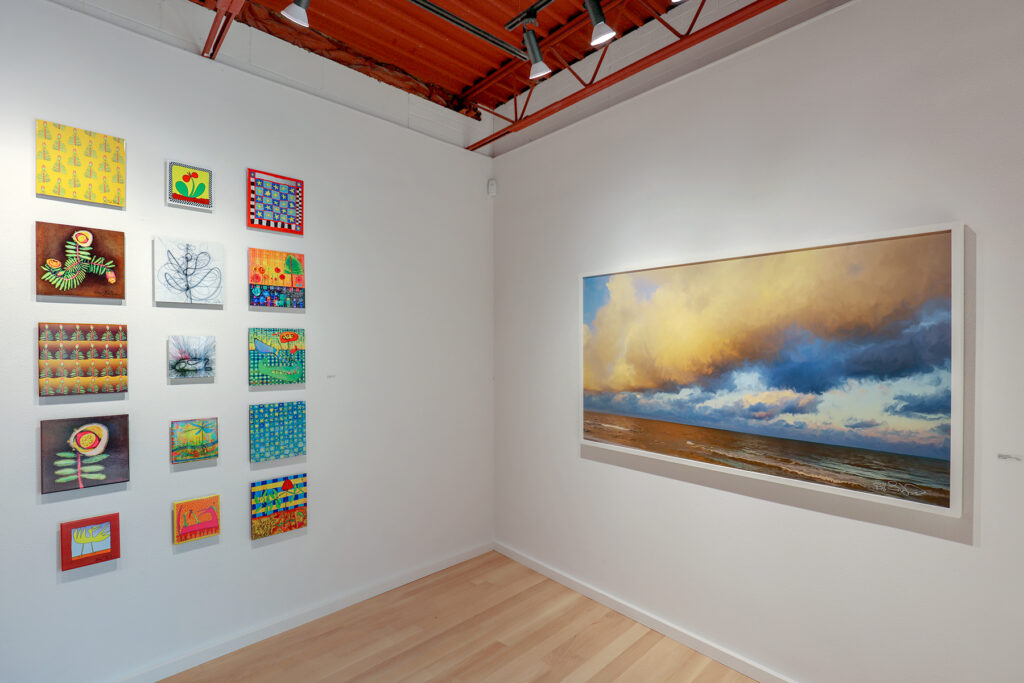 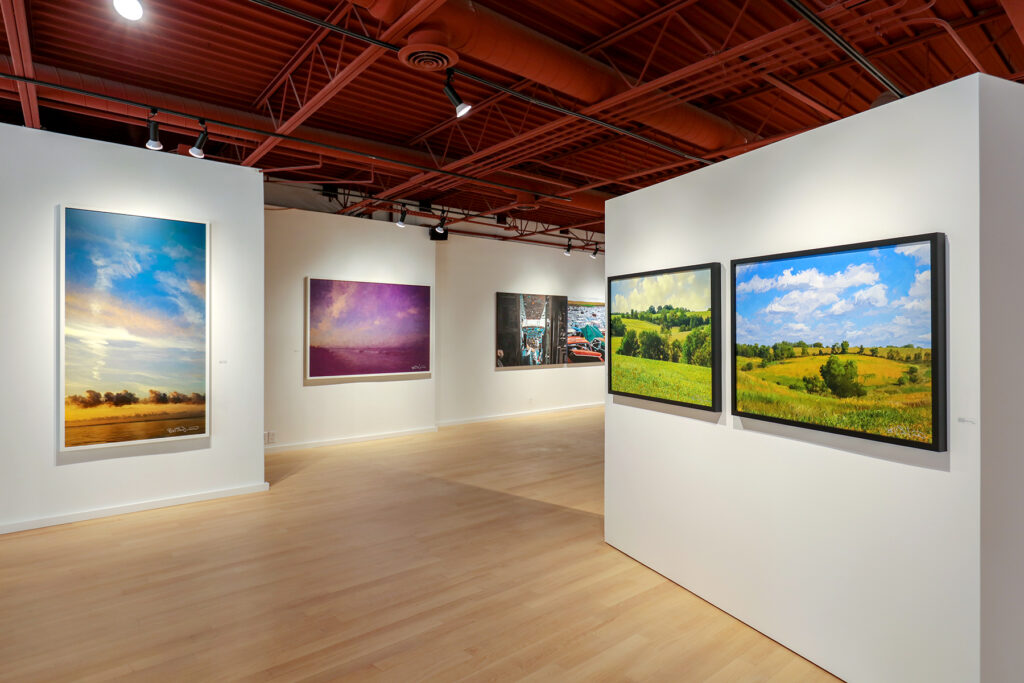 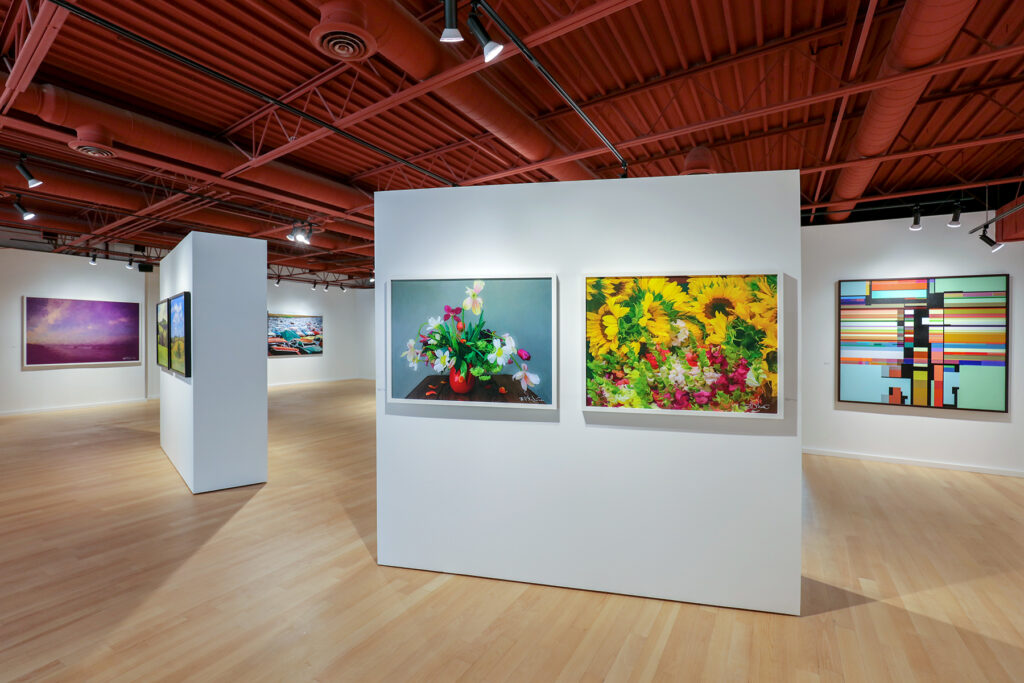 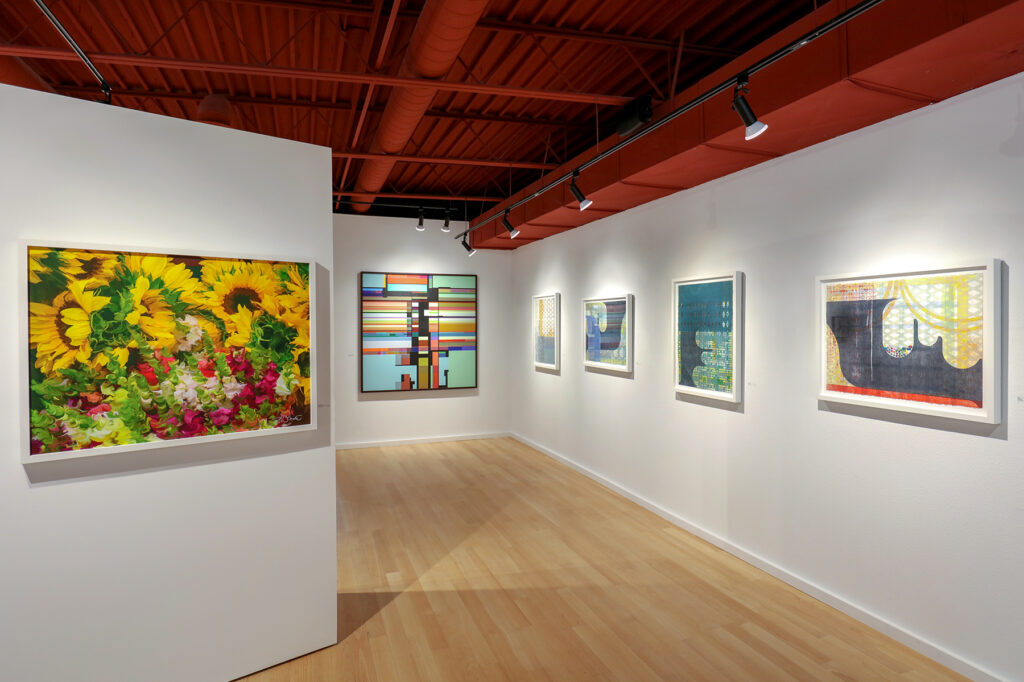 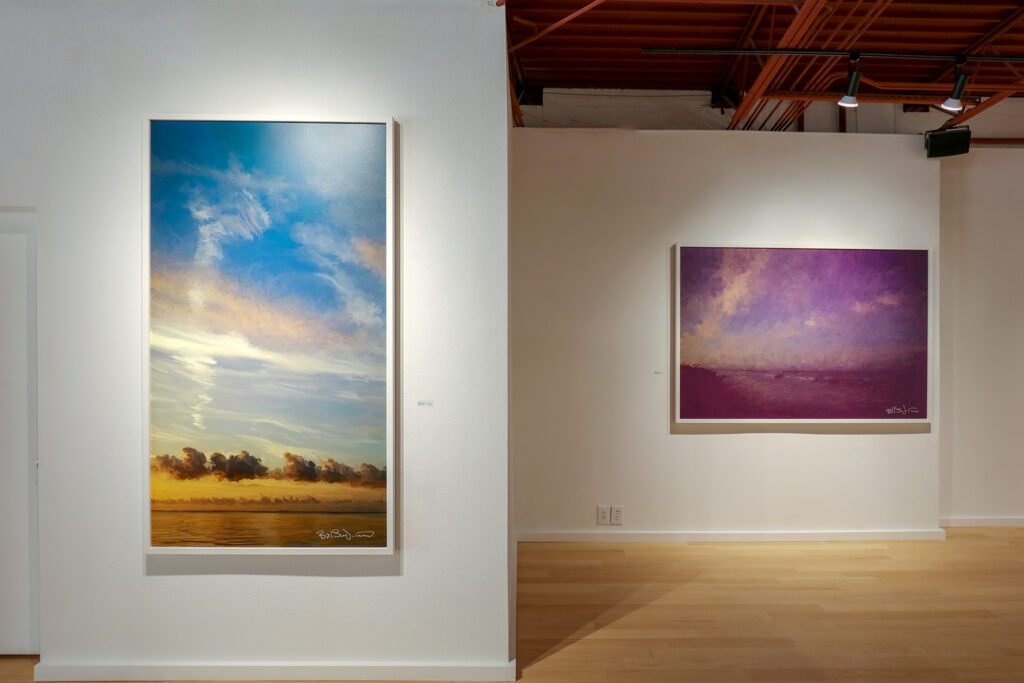 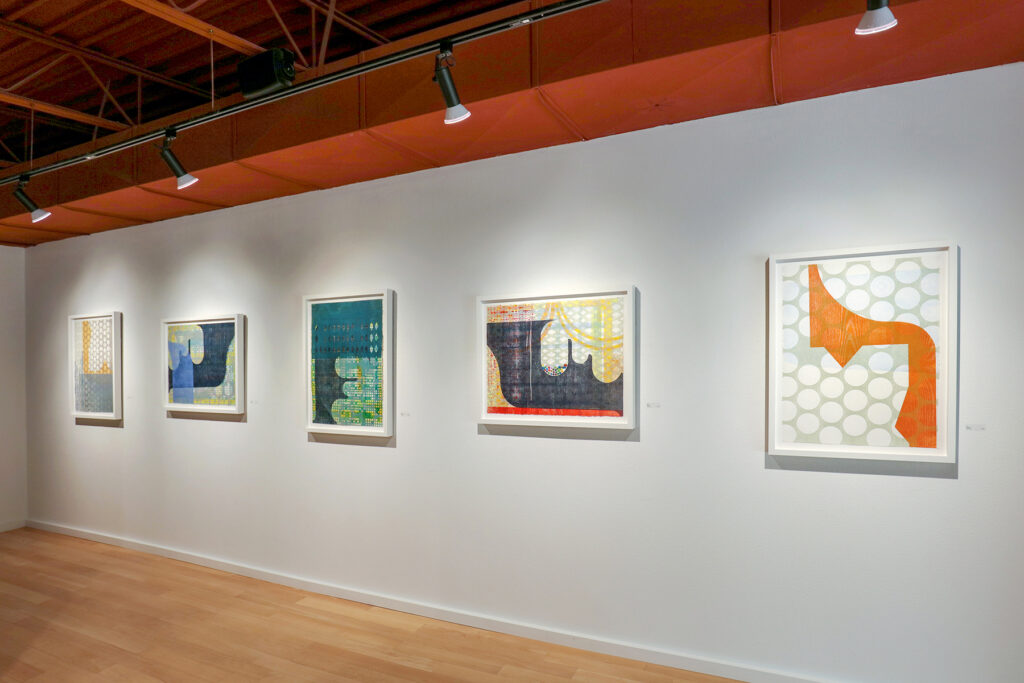 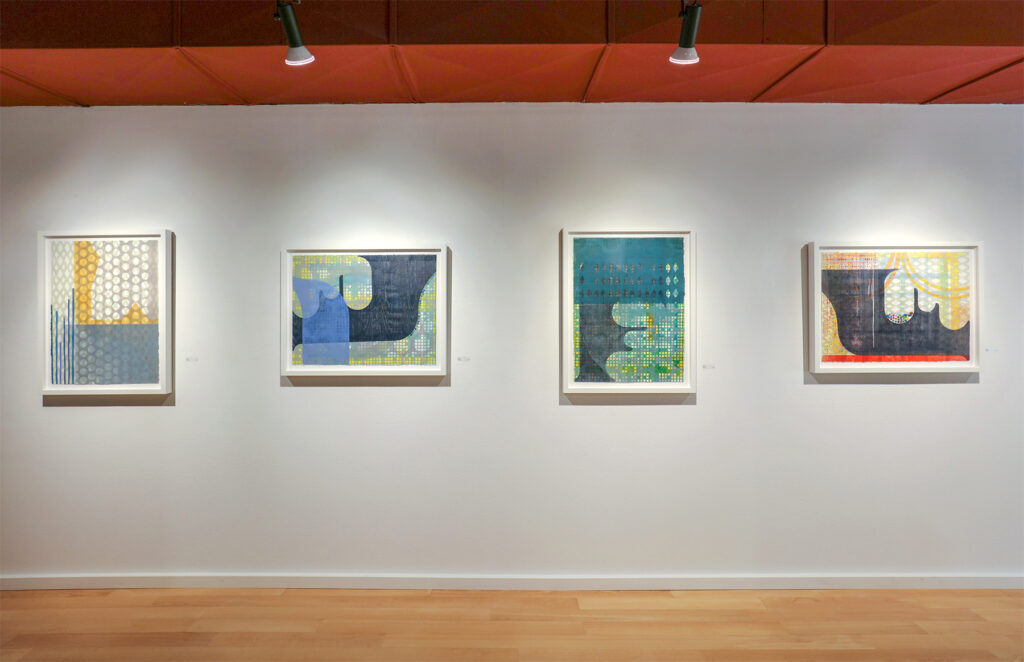 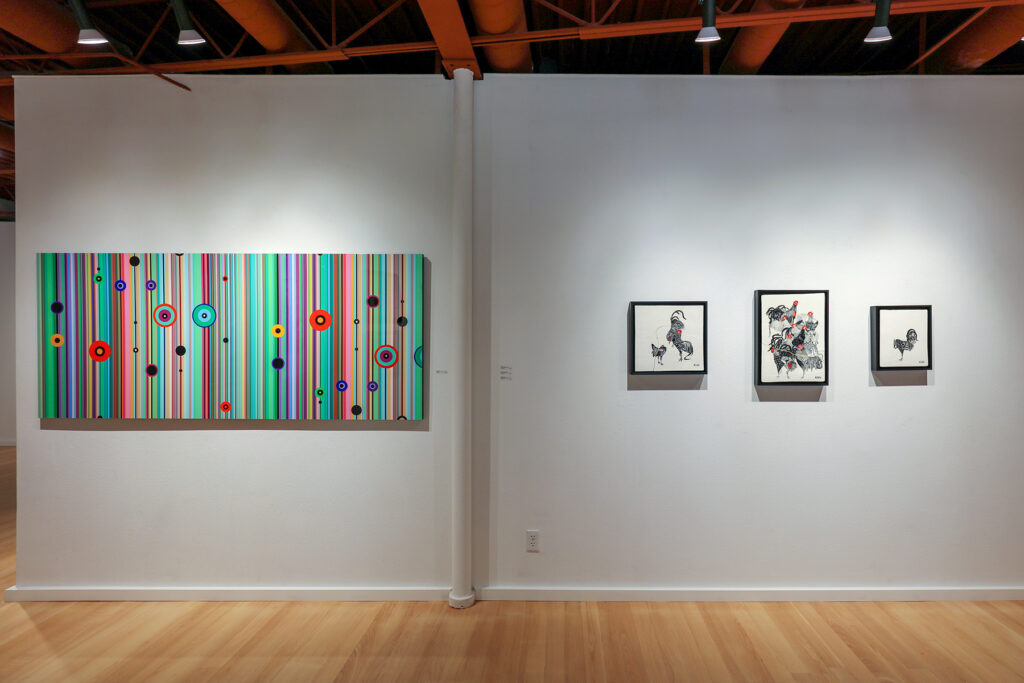 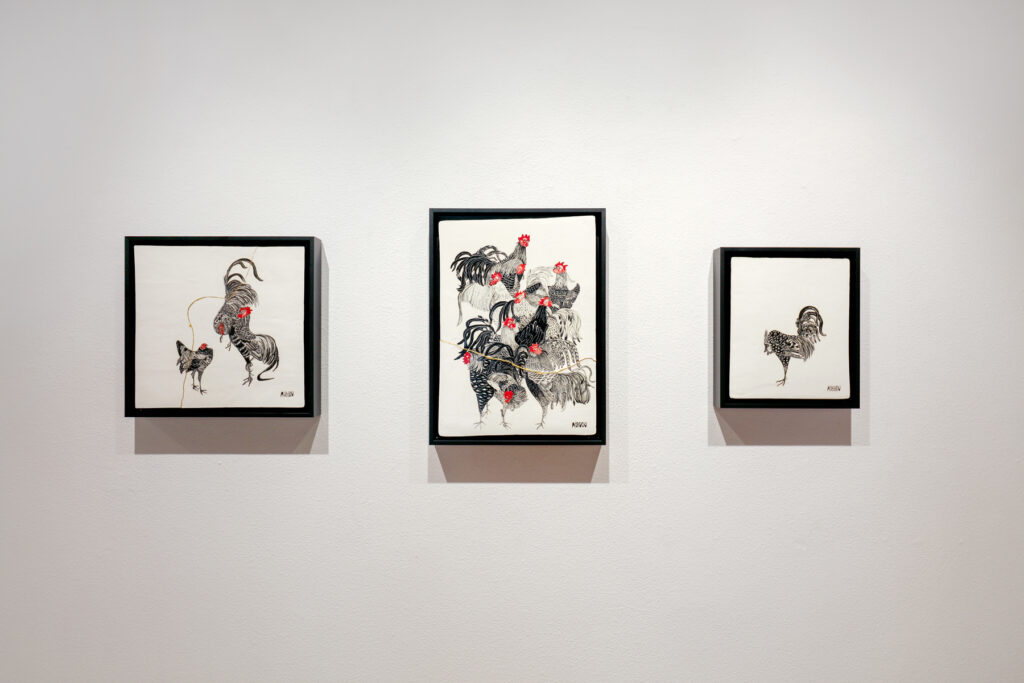