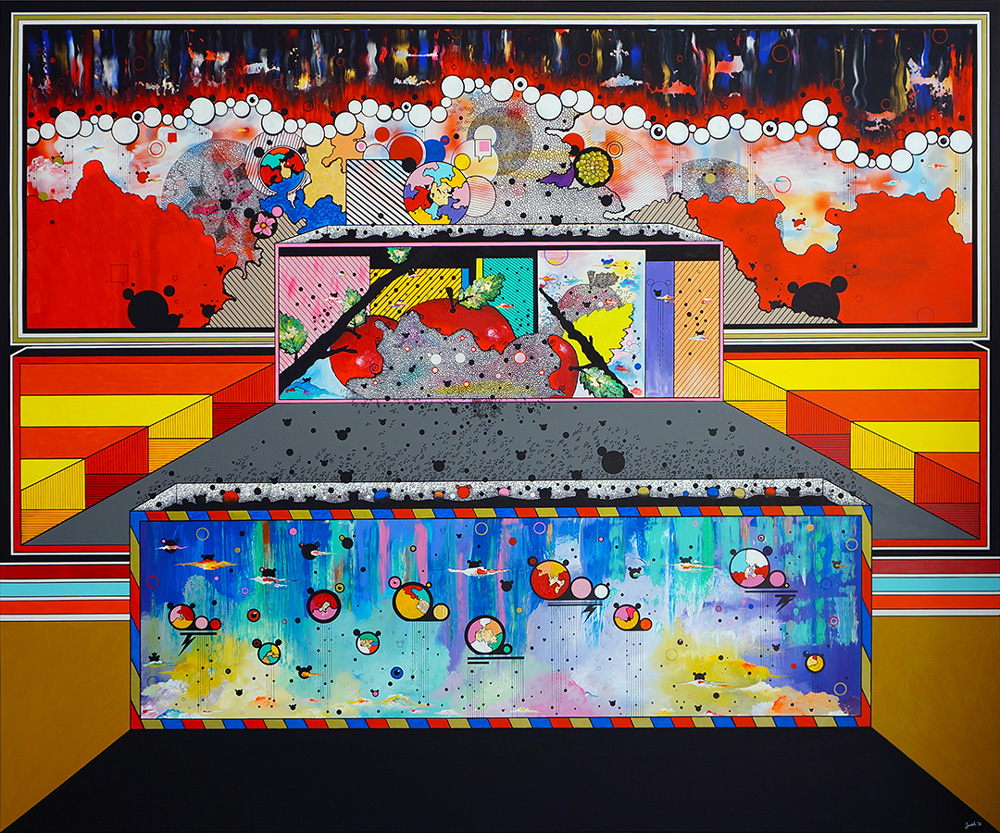 SENID TABAKOVIC was born in Bosnia-Herzegovina, and lived in Croatia and Germany before moving to Arizona, then Des Moines, IA, in 1999. He graduated with a BA in Fine Arts and Graphic Design from Grand View University (Des Moines, IA). Tabkovic’s works can be found in collections across the Midwest. He is “influenced by American culture, science and lifestyles.” Tabakovic says he “began expressing [himself] through painting after the culture shock [he] experienced when moving to the States.” Though originally drawn to realism, he eventually started to create more abstract geometric works in vibrant colors, an offshoot of his graphic design sensibility. Tabokovic has been included twice as “Emerging Artist” at the Des Moines Arts Festival. 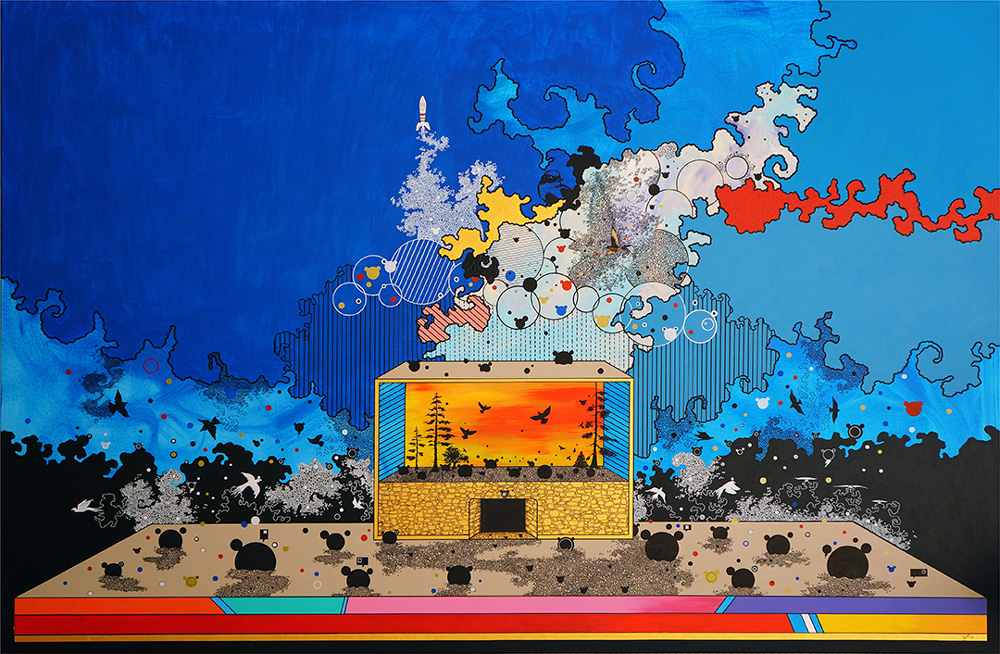 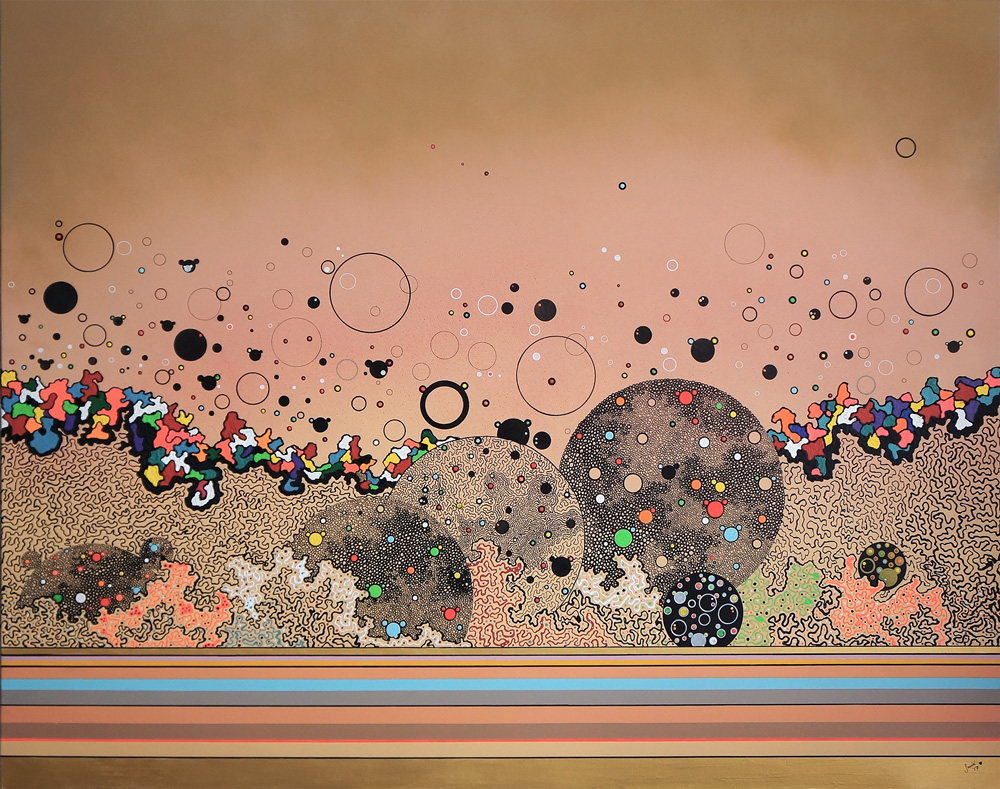 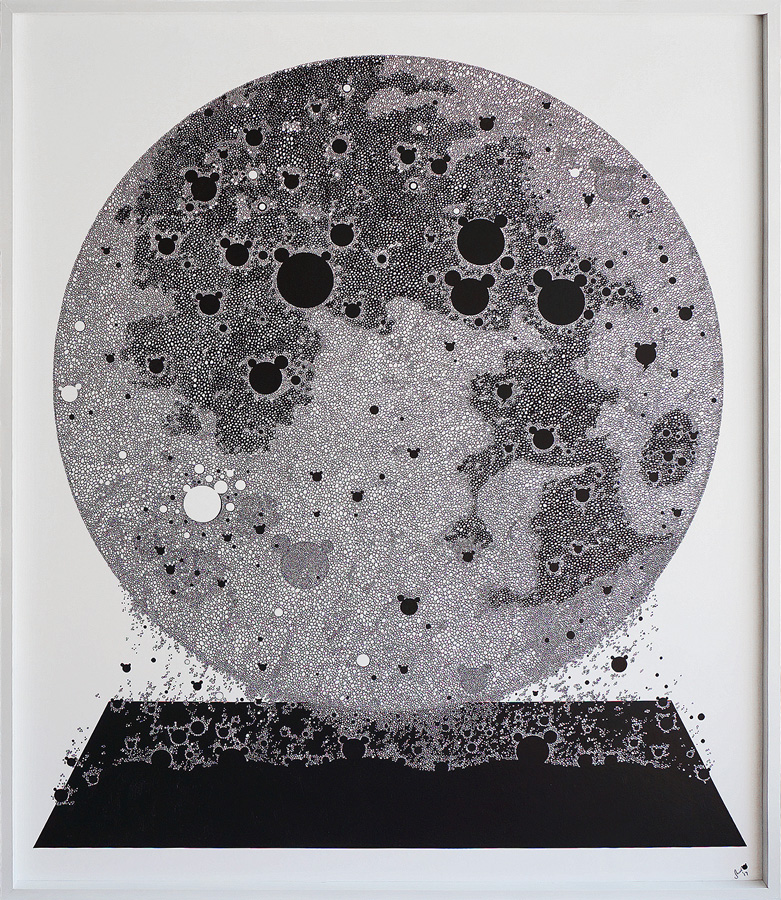 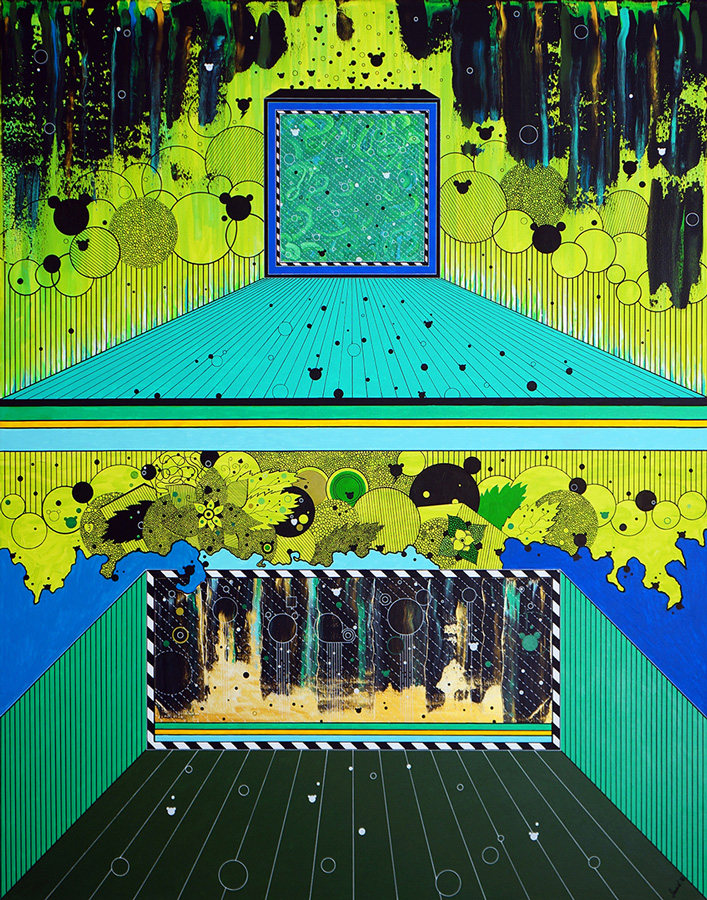