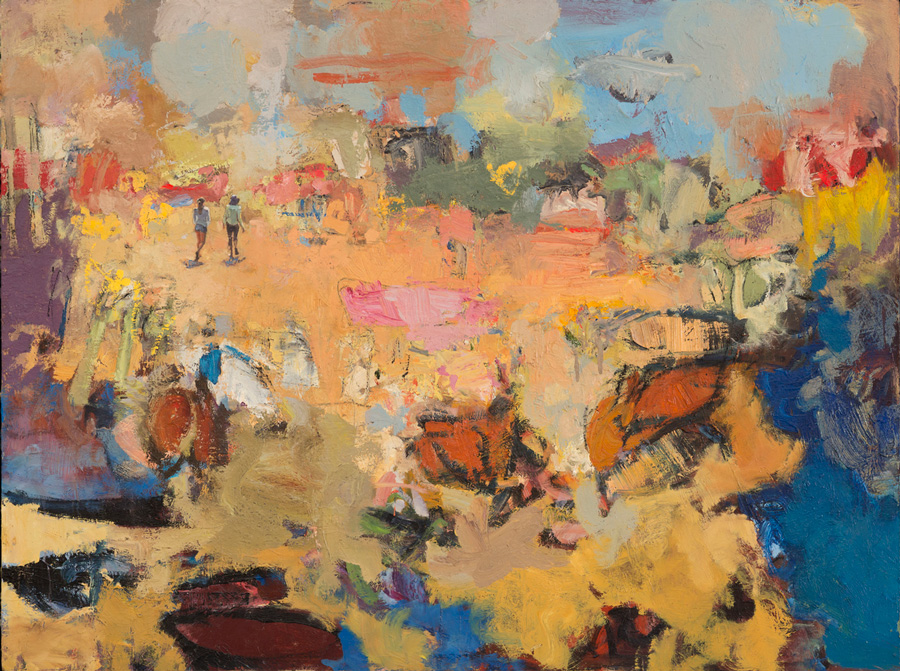 Julia Katz earned her BFA from Washington University, St. Louis, MO, in 1978. Katz’ interest in her work has shifted from the theme of figures in motion “toward the interaction of moving figures with their environment.” She often depicts beach settings, due to the motion inherent in that environment: wind, people in the surf, waves. Katz’ actual figures within her work have grown smaller over time, indicating a basic lack of control humans have within the universe. Her figures emerge from or enter into the abstract field of colors as if far off, not easily visible, yet still an emotional focal point. Katz lives and works in Chicago, IL. 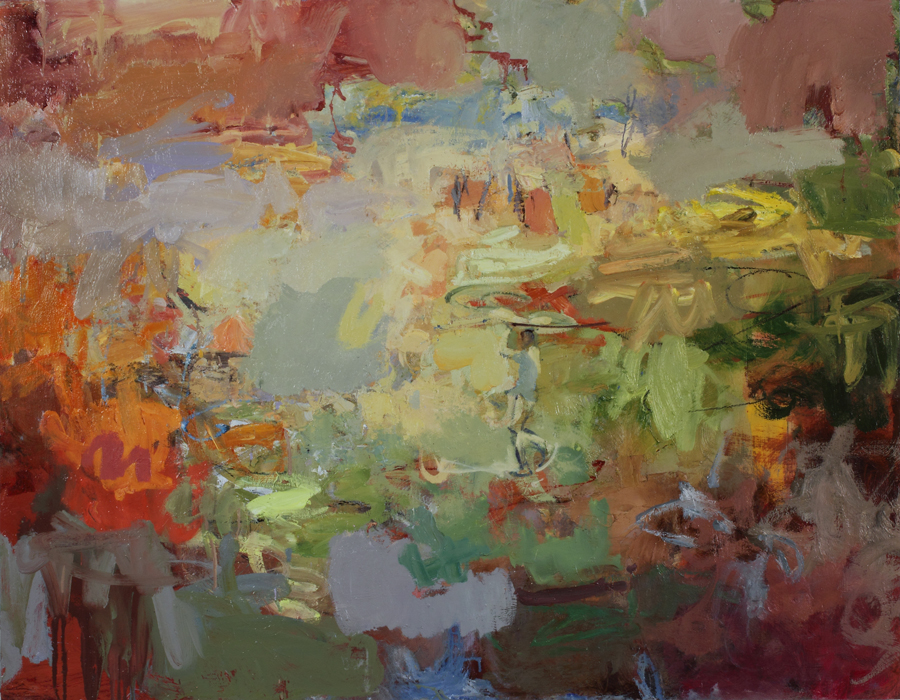 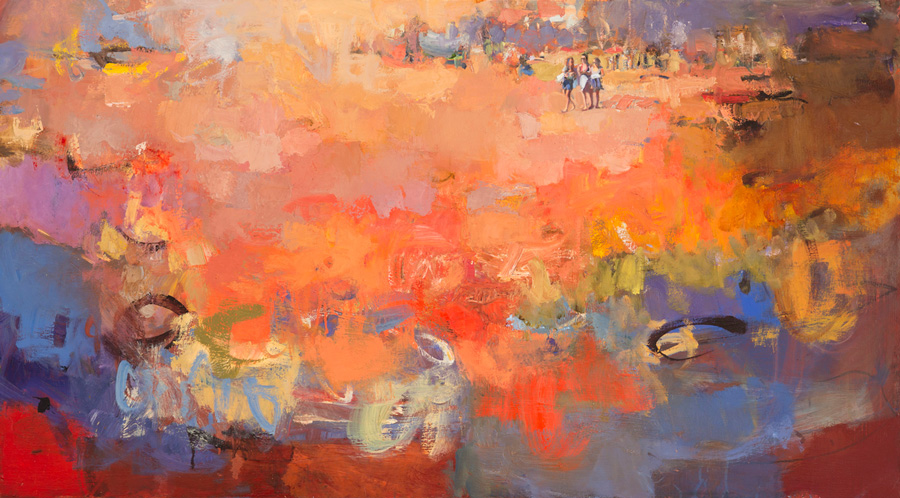 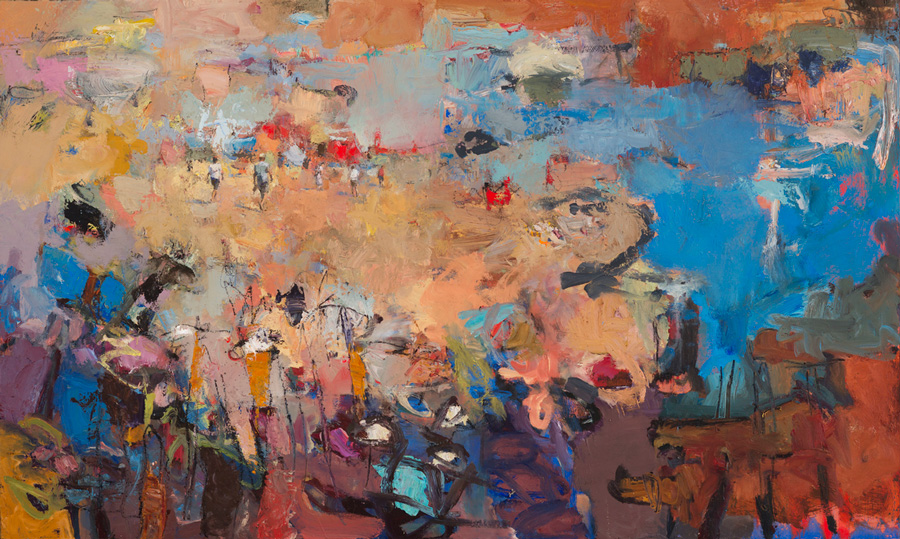