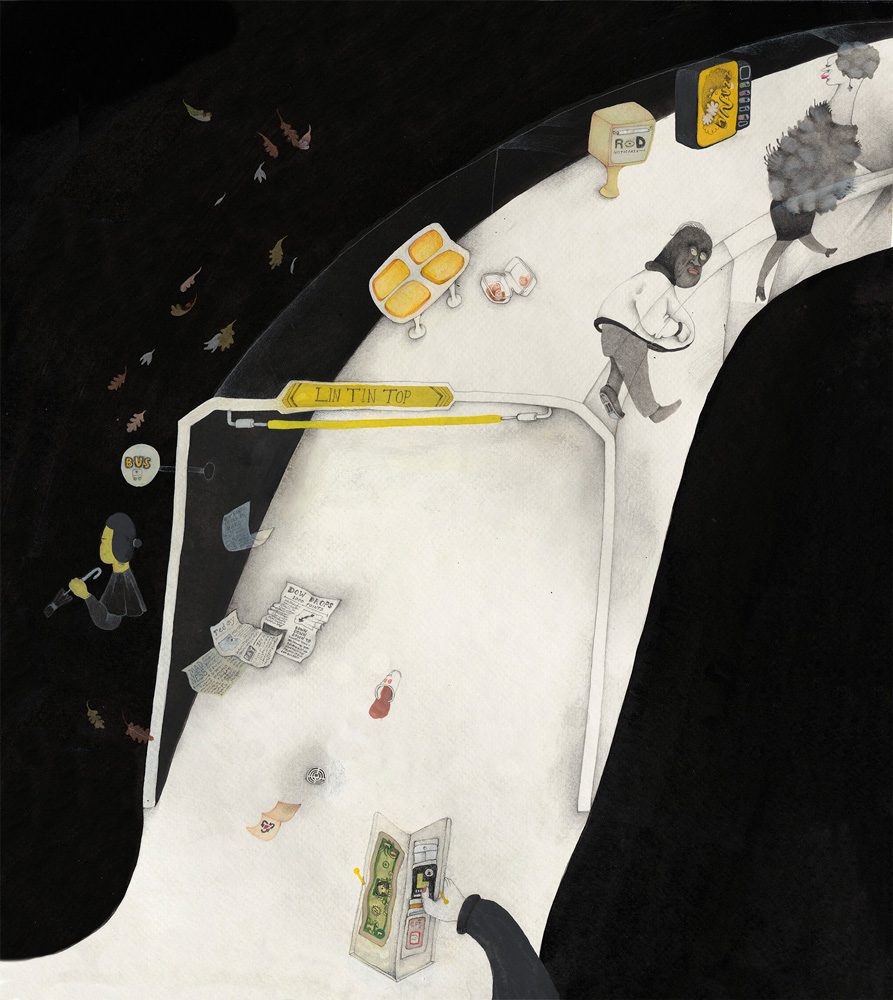 Chicago-based artist Clare Rosean creates drawings and paintings, and is also an illustrator and animator. She holds a BFA from The School of the Art Institute of Chicago, and an MFA from The University of Chicago. For her, drawing is solving a math problem while working out deeply rooted anxieties and compulsions–it uses spatial reasoning to understand psychology. Inspired by the scenarios that play out in her dreams, she tries to make sense of the dream-play by identifying their archetypal imagery.  In order to communicate multiple viewpoints and time collapse in her compositions, she has borrowed heavily from comic art and late-medieval Sienese painting, in which the placement of imagery on the page can signify when an event happened, and its relative importance. And while the narratives express feelings of estrangement and shadowy anticipation, they are attempts at connection. She has exhibited widely throughout the US. Her illustrations and publications include: New American Paintings, Midwest Edition #95, 2011; The Illinois Humanities Council, Road Scholars Speakers Bureau, 2012 & 2013; and Knoch Knolls Nature Center, Naperville IL, 2014. 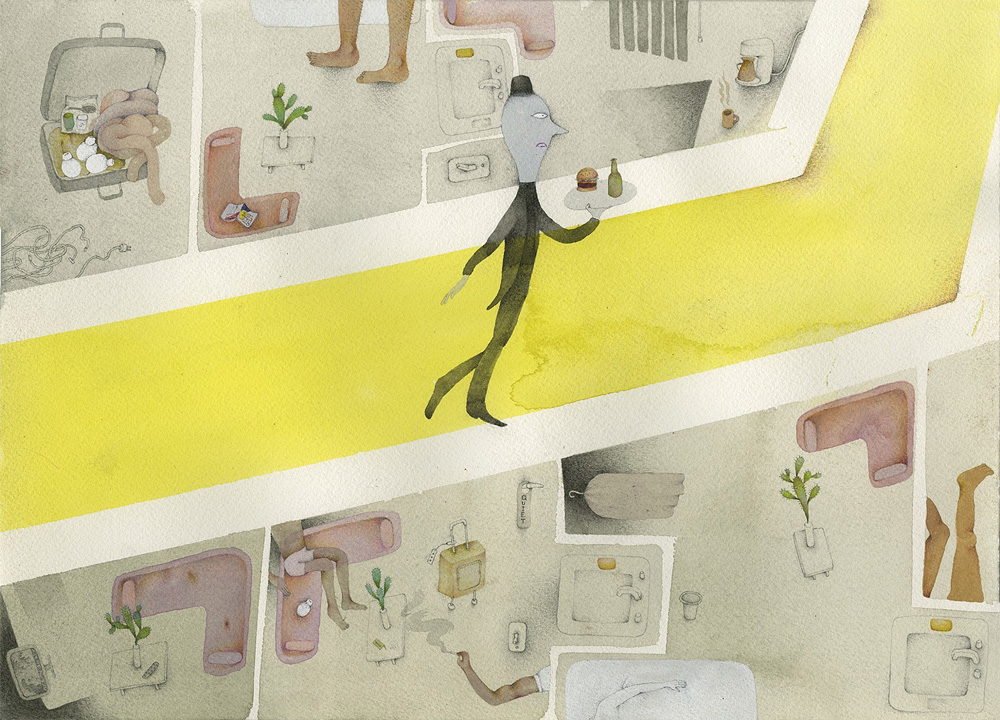 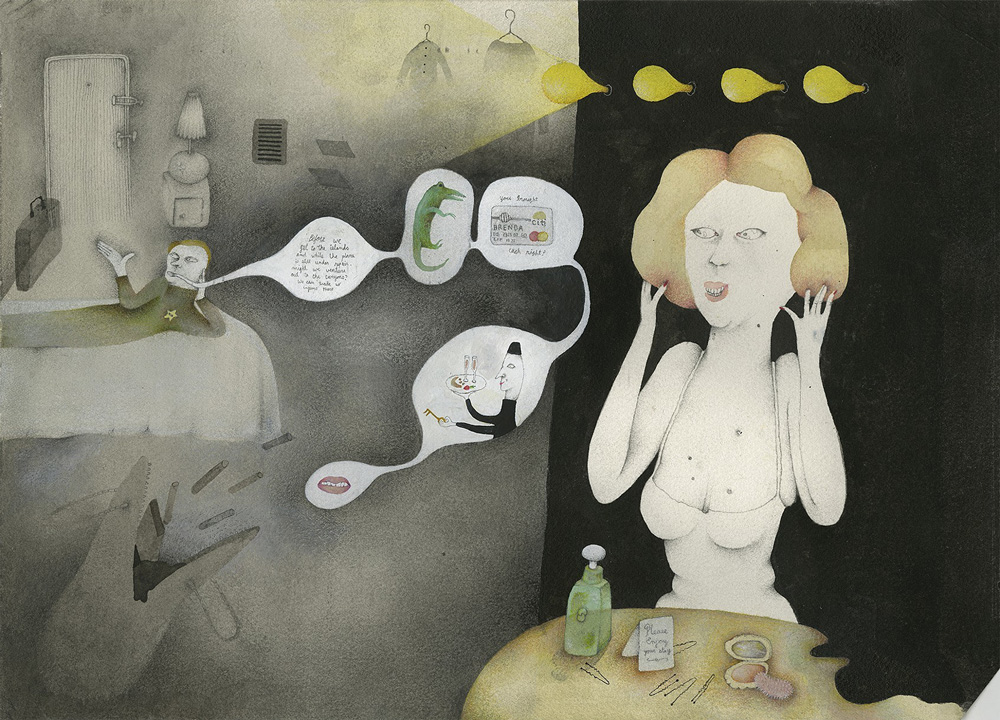 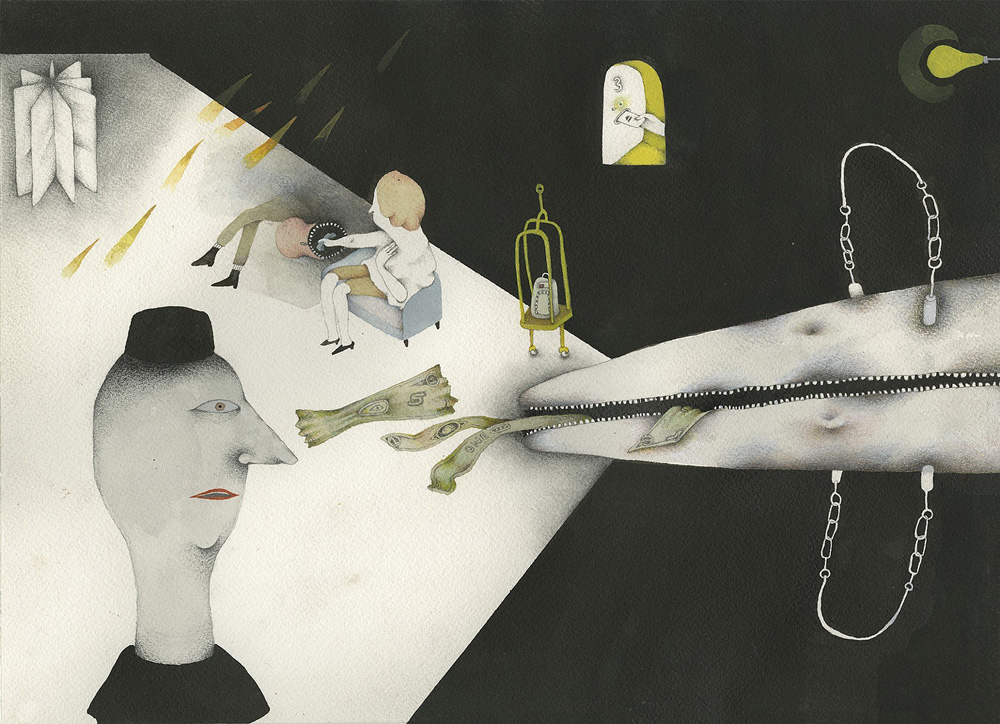 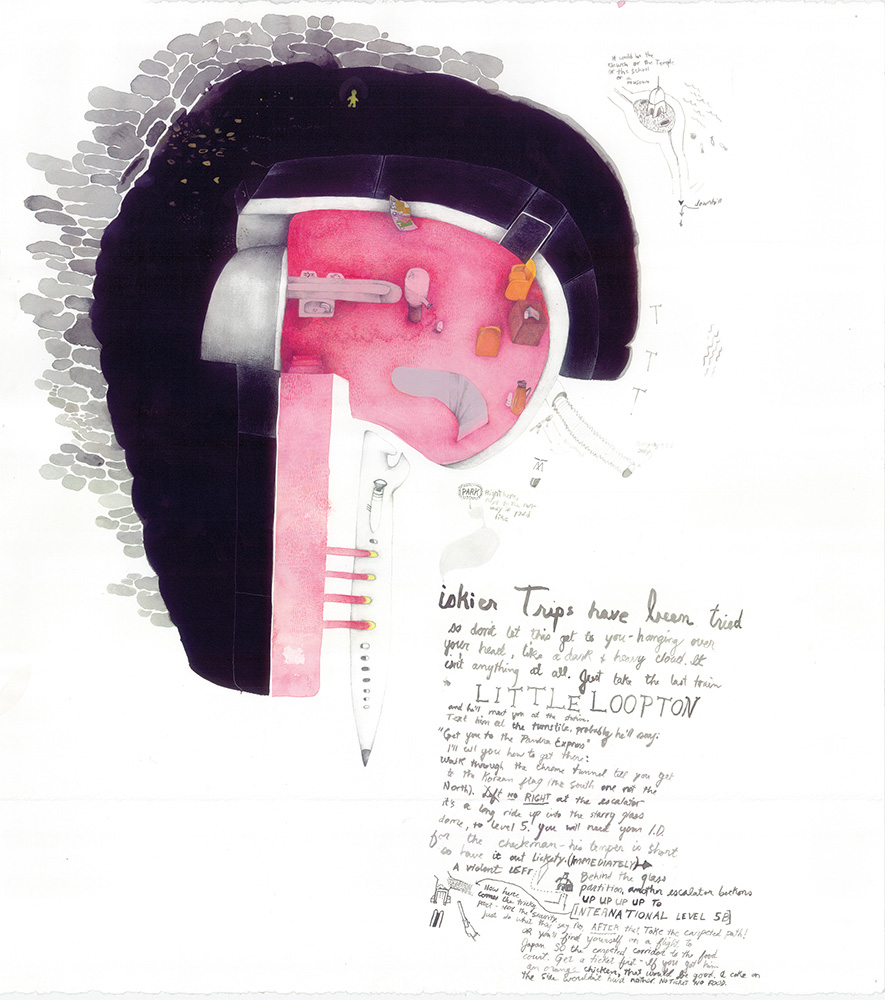 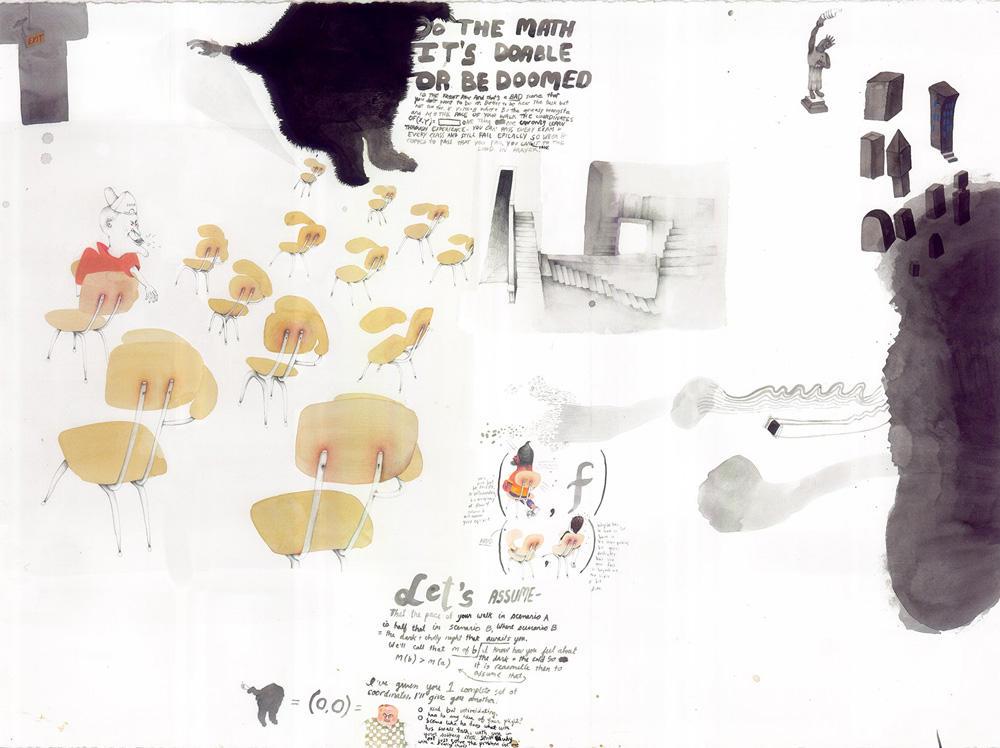